Top UK and Chinese scientists studying air pollution in the megacity of Beijing and how it affects human health have published their final report.

Top UK and Chinese scientists studying air pollution in the megacity of Beijing and how it affects human health have published their final report.

A team of over 150 scientists have spent five years conducting one of the largest air pollution field campaigns in Beijing - generating new insight into air pollution and human health using novel observational and modelling tools. Among other things, they discovered that:

Atmospheric Pollution and Human Health (APHH) in a Chinese Megacity (APHH-Beijing) is jointly funded by the Natural Environment Research Council (NERC) and Medical Research Council (MRC) as part of the UK-China Research and Innovation Partnership Fund, and the National Natural Science Foundation of China (NSFC).

Professor Roy Harrison, lead UK principal investigator of the largest project within APHH-Beijing (AIRPOLL), from the University of Birmingham, said: “High levels of air pollution pose a serious health risk to inhabitants of many Chinese cities. We confirmed that Beijing’s air quality has improved significantly in recent years, but air pollution levels are still well above the WHO guidelines, leading to poor health and wellbeing for over 20 million people.

“Our measurement work in Beijing has given us a much greater understanding of air pollutants in Beijing – where the pollution is coming from and how much there is. This, in turn, allows us to make recommendations to policy makers and help them make the decisions that will reduce air pollution levels in Beijing and other cities across China.”

Within the wider project, researchers also discovered that cooking oil emissions are a potential source of potentially hazardous fine particles in Beijing - suggesting that a more stringent control of this local source may be needed within the city.

Furthermore, they showed that road traffic is not a major source of primary PM2.5, but remains a significant source of NOx. Observations also confirmed that personal exposure to poor air quality in the rural area is much higher than in central Beijing, mainly due to residential coal combustion and biomass burning, with implications for inequalities in air pollution impacts.

Professor Zongbo Shi from the University of Birmingham, the science coordinator of APHH-Beijing, said: “APHH-Beijing generated a huge dataset on particulate and gaseous pollutants, health outcomes, social, economic and behavioural information, collected simultaneously in an area close to the city centre and in a rural location during two intensive campaigns.

“Analysing this rich dataset allows us to better understand how emission, chemistry and meteorology interact to determine pollution levels during winter haze events and summer smogs and gauge their impact on physical and mental health.

“The programme has enhanced UK-China collaboration, trained the next generation of scientists, and created a legacy of enhanced scientific understanding for the future that will help citizens to take individual actions to improve their day-to-day lives.”

The scientists measured air pollution in Beijing with a range of hi-tech equipment in central Beijing, including on the Institute of Atmospheric Physics’ (IAP) 325-meter meteorological tower - used to measure how pollution composition and levels change at different heights above the city.

Dr Caroline Culshaw, Head of Healthy Environment at NERC, commented: “Urban air pollution is a severe problem in many cities across the world with significant impacts on health and the economy. This report is the culmination of five years of work and highlights the new scientific knowledge from the programme along with practical approaches to reduce pollution and improve health. APHH-Beijing has been a hugely successful programme, showcasing large scale collaborative working across both national borders and the environmental and medical sciences to tackle global challenges.” 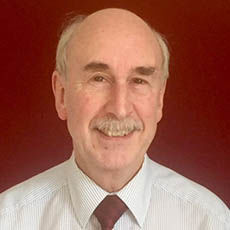