Availability of consultants is not the cause of the so-called 'weekend effect' in hospitals, major study finds

A major study led by the University of Birmingham has revealed that a lack of available specialist consultants in hospitals at the weekend is not the cause of the so-called 'weekend effect'.

A major study led by the University of Birmingham has revealed that a lack of available specialist consultants in hospitals at the weekend is not the cause of the so-called ‘weekend effect’.

In the last two decades research has shown that patients admitted to hospitals at weekends are slightly more likely to die than those admitted during the week – a phenomenon that has been coined the ‘weekend effect’. One of the causes was thought to be too few doctors in the hospital at weekends, making healthcare less reliable – but there was no evidence to prove this.

The findings of a major five-year study, funded by the National Institute for Health Research (NIHR) – the research partner of the NHS, public health and social care – has shown that the weekend effect is not caused by a lack of consultants in hospitals at weekends but is associated with factors in the community preceding hospital admission.

The High-intensity Specialist-Led Acute Care (HiSLAC) study, a collaboration led by the University of Birmingham, found:

In 2013, in recognition of the need to improve access to healthcare at weekends, NHS England launched a policy called ‘7-day services’, which included standards that required hospital specialists (consultants) to be more closely involved in caring for patients admitted as emergencies every day of the week, including weekends.

The HiSLAC study – involving a team of researchers, doctors and patients, and all acute hospitals in England – set out to evaluate whether or not this policy would improve care and minimise the weekend effect.

The team surveyed specialists about their working patterns; interviewed hospital staff and patients about their experiences; looked at whether or not introducing more specialists was value for money; and studied national trends, including how many patients died in hospital or shortly after discharge.

Following their findings, published in Health Services and Delivery Research in NIHR’s Journals Library, the researchers are urging policy-makers to focus their efforts on improving acute and emergency care on a ‘whole-system’ seven-day approach that integrates social, community and secondary health care. They are also calling for more studies into how social and community care contributes to the phenomenon.

Julian Bion, Professor of Intensive Care Medicine at the University of Birmingham and Principal Investigator of the HiSLAC study, explained: “This research is important for patients and for NHS strategy because it offered a unique opportunity to evaluate the impact of the transition to seven-day working, and to understand factors likely to impede or enhance the effectiveness of this change in practice.

“We have known for 20 years that patients admitted to hospitals at weekends have a slightly higher risk of dying than those admitted during the week and the cause was thought to be too few doctors in the hospital at weekends, making health care less reliable, but there was no evidence to prove this. Instead, our work suggests the weekend effect is caused by differences in case-mix, which are probably attributable to a reduction in community services at weekends.

“Policy-makers should focus their efforts to improve acute and emergency care on a ‘whole-system’ seven-day approach that integrates social, community and secondary health-care resources, organisation and delivery - it is the whole patient pathway which is of interest, not just isolated segments.”

The HiSLAC study employed a range of different methods – from conducting searches of existing research and surveying consultants to in-depth interviews with patients and staff and modelling the cost effectiveness of increasing specialists. The study also used a team of 81 doctors to review 4,000 anonymised emergency admission patient records from 20 hospital Trusts to look at quality of care. 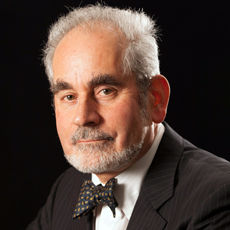