Researchers from the Birmingham Centre for Hydrogen and Fuel Cell Research will be training the individuals who will go on to train future technicians of the recently announced Ballymena based Hydrogen Training Academy.

Researchers from the Birmingham Energy Institute’s Centre for Hydrogen and Fuel Cell Research will be training the individuals who will go on to train future technicians of the recently announced Ballymena based Hydrogen Training Academy.

Titled “Train the Trainer” the course will be delivered via a combination of online, classroom and practical training with initial focus on two key areas of hydrogen – hydrogen gas basics and safety and hydrogen production.

The initial pilot phase will see 30 participants take part in the ‘Train the Trainer’ course, delivered by academics from the Centre for Hydrogen and Fuel Cell Research, who have successfully delivered other training to over 1,000 participants.

The Hydrogen Training Academy will be led by Mid and East Antrim Borough Council and driven by a public-private partnership that includes Northern Regional College, Belfast Metropolitan College, Queen’s University Belfast, Ulster University, and the University of Birmingham.

Dr Ahmad El-kharouf, Manager of the Centre for Doctoral Training in Fuel Cells and their Fuels said: “We are excited about the collaboration with Mid and East Antrim Borough Council on the Hydrogen Training Academy. The activity of the training academy will enable the upskilling and training of both existing employees and new trainees who will support the growing hydrogen sector in Northern Ireland. The University of Birmingham will deliver “Train the Trainers” course to 30 participants who will then deliver training at college level.”

Graham Whitehurst MBE, Chair of Mid and East Antrim’s Manufacturing Task Force added: “The Hydrogen Training Academy will deliver a range of crucial entry-level introductory training for industry across a number of sectors, including energy, transport, gas, manufacturing, and engineering.

“This Hydrogen Training Academy has been developed using a unique partnership approach involving Council, Further Education, Higher Education and industry. Their contribution has been, and will remain, critical to the overall success of the project and the future commercialisation of activity for the clean growth sector in Northern Ireland.” 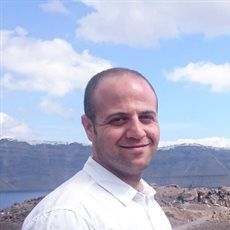