Philosophy experts at the University of Birmingham are set to work with long-running US TV series Closer To Truth - exploring the big religious questions facing philosophers today.

Philosophy experts at the University of Birmingham are set to work with long-running US television series Closer To Truth – producing a season of TV programmes that explore the big religious questions facing philosophers today.

Made possible by $546,000 (£400,000) of research funding from The John Templeton Foundation, the upcoming TV partnership builds on $2.9 million (£2.15 million) of funding awarded to the project last year by the Foundation and the University of Birmingham.

Project leader Yujin Nagasawa, H.G. Wood Professor of Philosophy of Religion at the University of Birmingham, commented: “I am very excited about this collaboration with Closer To Truth, an internationally renowned series for over 20 years. It addresses the big questions in philosophy and science—from the existence of God and the origin of the universe to the nature of consciousness and the possibility of immortality.

“Their approach is compelling, engaging and intellectually rigorous. Their TV programme and website offer abundant resources for academics, students and general viewers. I have a long-term collaborative partnership with the team, and I look forward to working with them again to explore fascinating topics in the philosophy of religion from global, multi-religious perspectives. This opportunity will allow us to present our research to a very large audience beyond academia.”

Closer To Truth is a unique TV series created, written and hosted by Dr Robert Lawrence Kuhn and co-created, produced and directed by Peter Getzels. The show is based on conversations with distinguished scholars worldwide on fundamental questions in Cosmos (cosmology/physics, philosophy of science), Consciousness (brain/mind, philosophy of mind) and Meaning/God (theism/atheism, philosophy of religion, critical thinking).

It features over 4,000 video interviews and over 300 TV episodes. Closer To Truth is broadcast weekly on over 200 PBS and public television stations in the US, and the Closer To Truth YouTube channel has over 1 million views and 10 million minutes watch time every month.

Closer To Truth’s Robert Lawrence Kuhn says: “The big questions of existence and human sentience affect all human beings equally, no matter our superficial differences. Closer To Truth is excited to work with the Global Philosophy of Religion Project, led by Professor Yujin Nagasawa at the University of Birmingham.” 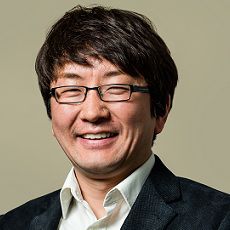 H.G. Wood Professor of the Philosophy of Religion

H.G. Wood Professor of the Philosophy of Religion