In research that provides a new perspective on how blood clotting works in infectious and inflammatory diseases, Birmingham scientists have described a potential new target and strategy for anti-thrombotic therapy.

Birmingham scientists have described a potential new target and strategy for anti-thrombotic therapy, in research that provides a new perspective on how blood clotting works in infectious and inflammatory diseases.

Their findings suggest a novel mechanism for platelet activation involving binding protein S100 A8/A9 to the GPIbα platelet receptor, which has not previously been described as a target for anti-coagulant therapies.

The results from these studies, conducted by Dr Martina Colicchia and Dr Julie Rayes from the Birmingham Platelet Group at the Institute of Cardiovascular Sciences, will be presented at the ESC Congress 2021 on 27 August.

S100A8/A9 is expressed in white blood cells (neutrophils) and is a Danger Associated Molecular Pattern (DAMP), comprising a diverse family of molecules that initiate an inflammatory response during illness or disease.

Ordinarily stored in intracellular compartments, S100 A8/A9 is released into the circulation during infection or inflammation, where it activates other immune cells.  Its levels are elevated in cardiovascular diseases such as atherosclerosis, myocardial ischemia reperfusion injury, which occurs post-myocardial infarction (heart attack), cardiac surgery or during circulatory arrest, heart failure and infections such as COVID-19.  High levels of S100 A8/A9 following myocardial infarction also correlate with high risk of late stent thrombosis and heart failure.

The researchers started their investigations with blood draws from COVID-19 patients on intensive care units, which showed sustained high levels (10-40µg/ml) of S100 A8/A9 in the plasma of patients with severe disease (n=87).  A retrospective analysis showed a sustained increase in mean S100 A8/A9 levels in non-surviving ICU (intensive care unit) patients, starting at day two following the first blood draw.  In those who survived, the levels declined from day two.  Looking at COVID-19 lung autopsies, they also saw increased platelet-neutrophil interactions in the lungs of patients with fatal COVID-19.

Following these findings, the researchers directed their attention to whether or how S100 A8/A9 affects platelet function, and found that recombinant human S100 A8/A9 induces the formation of procoagulant platelets in samples taken from healthy human blood, a population of platelets which support coagulation.

The level of platelet activation was both significant and concentration-dependent, and confirmed in studies using a range of pro-coagulation markers.  The levels of S100 A8/A9 tested and shown to induce procoagulant platelets are in the range of S100A8/A9 observed in the plasma of patients with COVID-19.

Surprisingly, their findings showed that while recombinant S100 A8/A9 does not induce platelet aggregation, it does induce fibrin generation in whole blood.

The researchers then tested whether S100 A8/A9 induced platelet activation could be reduced by antiplatelet drugs and NSAIDs or by targeting the known receptors for S100 A8/A9.  They saw no effect from these drugs, which had known receptor targets, however the mouse studies showed that recombinant mouse S100 A8/A9 induces formation of procoagulant platelets through the GPIbα receptor, which has not previously been described as a receptor for S100A8/A9 and a target for DAMPs.

Studies using human platelets corroborated this, showing that recombinant GP1bα inhibits S100A8/A9 activation (measured  by P-selectin expression, GPIIbIIIa activation, and phosphatidylserine exposure).  This was further confirmed by testing on human platelets isolated from a patient with Bernard Soulier Syndrome, a rare inherited disorder that results in platelets deficient in GPIbα receptors, which failed to respond to S100 A8/A9 at any dosing level.

Dr Colicchia commented: “We have described as a novel mechanism for the formation of procoagulant platelets that is mediated by S100A8/A9, acting as a DAMP on platelets, and leading to fibrin generation and thrombosis.  Importantly, this prothrombotic pathway is resistant to classical anti-platelet drugs.  The GPIbα receptor was previously seen as an adhesion receptor with little signalling, but our research has shown that this pathway, which is yet to be fully elucidated, could be a novel target for thrombosis prevention and treatment in acute and chronic inflammatory conditions, including COVID-19 patients and patients with cardiovascular diseases.”

University of Birmingham Enterprise has filed a broad-based patent application covering the interaction between S100A8/A9 and the GPIbα receptor in the treatment and prevention of inflammatory and thrombotic diseases.

The researchers are continuing their work on basic mechanisms and the pathway, and will welcome enquiries from research collaborators or hospitals that can provide serum or plasma from COVID-19 patients. 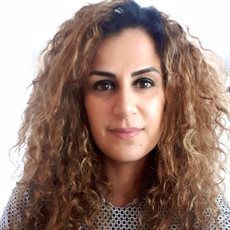