Older patients in hospitals across China took part in a major multi-centre open-label randomised clinical trial that showed there was no difference in post-operative delirium in older people with a hip fracture.

Older patients in hospitals across China took part in a major multi-centre open-label randomised clinical trial that showed there was no difference in post-operative delirium in older people with a hip fracture, if they had a general anaesthesia, or a regional anaesthesia.

Post-operative delirium is a common, serious, neurological, complication where people have a sudden change in their brain functions after an operation. It is more common in older people, and leads to increased death, dementia, post-traumatic stress disorder, a longer length of hospital stay, extra nursing requirements and increased healthcare costs.

It was commonly thought that one of the causes of delirium is a general anaesthesia. Led by the University of Birmingham and Wenzhou Medical University Second Affiliated Hospital, this randomised trial was the first of its kind in China. 950 older adult took part, from hospitals in Wenzhou, Wuhan, Lishui, Ningbo, Nanchang, and Taizhou.

The trial was set up to provide clinical evidence with a robust methodology, to help medical professionals select appropriate anaesthesia for older patients to try and reduce the development of delirium.

Researchers in Birmingham and WenZhou published the findings in JAMA. After the hip fracture surgery, delirium occurred in 6.2% of the group who had general anaesthesia, and 5.1% in those who had a regional anaesthesia. The difference between the two groups could be explained by chance.

The Chief Investigator of RAGA trial, Professor Fang Gao, from the University of Birmingham's Institute of Inflammation and Ageing, NIHR Senior Investigator, commented: “There is a high incidence of delirium after surgery in hip fracture patients, but we had no robust evidence demonstrating the effectiveness of the two most commonly used anaesthetic techniques causing delirium - creating an urgent need to investigate delirium prevention.

“The causes of delirium remain poorly understood, but our trial highlights that factors such as general anaesthetic agents, that we thought may be associated with delirium, are in fact unlikely to cause delirium.”

“Our trial has also provided clinical evidence on the safety of RA and GA in older patients for hip fracture surgery, helping anaesthetists in selecting appropriate anaesthesia for these patients - particularly those at high risk of POD.”

Delirium is first and foremost a distressing condition for the suffer and their caregivers, and to date, we have no treatments we know to shorten or stop delirium when it develops. This trial is an important step forward in our understanding of how people develop delirium after an operation. By demonstrating that a general anaesthetic is not a probable cause of delirium will allow researchers to further study other areas, such as the bodies inflammatory response to the surgery itself, and how this carries over into the brain.

as Jackson, Associate Professor in Geriatric Medicine in the Institute of Inflammation and Ageing and Board member of the European Delirium Association

The older population has grown quickly over the last 20 years in most parts of the world and the number of older people undergoing surgical procedures has increased. Hip fractures are a global health problem, with over 1.6 million patients suffering such injuries worldwide every year. Some 680 000 of these injuries occur among the 70 million elderly people in China and it is predicted that 50% of total global hip fractures will occur in Asia by 2050. 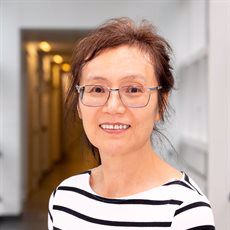 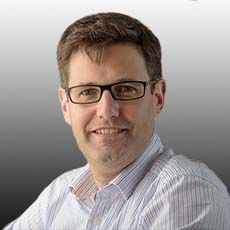