A clinical trial has shown that digoxin has the same effect on physical wellbeing as beta-blockers when treating patients with permanent atrial fibrillation.

A clinical trial has shown that digoxin has the same effect on physical wellbeing as beta-blockers when used to treat patients with permanent atrial fibrillation and symptoms of heart failure.

Beta-blockers have long been the drug of choice for controlling rapid heart rates in patients with atrial fibrillation (AF), but a clinical trial led by Professor Dipak Kotecha from the Institute of Cardiovascular Sciences has shown that digoxin is just as effective, but with less adverse effects.

The ‘Rate Control Therapy Evaluation in Permanent Atrial Fibrillation’ (RATE-AF) trial was the first of its kind to compare the effectiveness of digoxin and beta-blockers to treat AF. Beta-blockers, such as bisoprolol, are one of the most common groups of drugs used in clinical practice to reduce heart rate and improve pump function. Digoxin primarily works to slowly improve the contraction of the heart but also has other broad range effects which at low-dose can potentially be helpful to counter the body’s response to AF and heart strain, and is usually only used when other treatments are unsuccessful.

The RATE-AF trial showed there was no difference in physical wellbeing between digoxin and beta-blockers and there was no difference in the effect on long-term heart rate between the two drugs. Importantly, digoxin at low dose was found to cause substantially and significantly less adverse effects than beta-blockers, lessened the impact of AF on the daily lives of patients by improving symptoms, and reduced a marker of heart strain, natriuretic peptide.

AF is caused by disorganised electrical impulses firing from different places in the top chambers of the heart and patients usually require medication to control an irregular heartbeat. Patients can also have a reduced quality of life, be admitted to hospital more frequently and have a higher chance of strokes and heart failure. This trial, embedded in the NHS, involved 160 patients aged 60 or older. It has addressed a major evidence gap in the management of patients with permanent atrial fibrillation. The research team will plan a larger trial to see if digoxin can reduce hospital admissions in this patient group.

I hope that the results of this trial show the importance of randomised clinical trials to see how treatments actually work. On behalf of the research team and all the patients who designed and took part in the RATE-AF trial, we are delighted to show that digoxin is a drug that can be used to improve the lives of patients with AF.

Professor Dipak Kotecha from the Institute of Cardiovascular Sciences, University of Birmingham

The trial was publicly funded by the National Institute for Health Research (NIHR). RATE-AF was coordinated by the Institute of Cardiovascular Sciences, a Patient & Public Involvement Team and the Birmingham Clinical Trials Unit. Patients and staff involved in the trial were from the University Hospitals Birmingham NHS Foundation Trust, Sandwell and West Birmingham Hospitals NHS Trust and local General Practitioners. 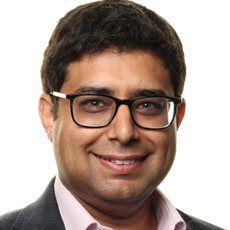