Community under threat – Christians' contribution to Holy Land is unnoticed

Christians living in the Holy Land are a community with a future more vulnerable than it needs to be - challenged by violence, migration and lack of investment, a new study reveals.

Christians living in the Holy Land are a community with a future more vulnerable than it needs to be - challenged by violence, migration and lack of investment, a new study reveals.

Researchers discovered that the Christian community in Israel, Jordan and Palestine makes a wide-ranging contribution to building civil society, new start-ups, excellence in education and in health and other humanitarian sectors.

However they also found major concerns that, especially in Israel, an unfair visa system and lack of benefits may undermine recruitment and retention of clergy that the churches need to continue building the communities and life of the Holy Land.

An absence of adequate data tracking and addressing Christian poverty was also undermining the community in Israel and the government’s claims to be improving in this area, whilst anecdotal and informal evidence of increasing poverty suggested its rapid increase.

University of Birmingham experts worked with counterparts at the International Community of the Holy Sepulchre (ICoHS) – publishing their findings today in the report ‘Defeating Minority Exclusion and Unlocking Potential: Christianity in the Holy Land’.

Christianity in the Holy Land is globally and diplomatically significant because of its position at the heart of the region, but its economic, social and civic value for the people of the Holy Land has been massively underestimated. This contribution is disproportionate to the size of Christian communities, yet they are at grave risk – from war, inter-religious and ethnic conflict, constraints on international investment, and fears of economic and legal constraint provoked by migration. Their future is more vulnerable than it needs to be.

The report makes a number of recommendations, including:

Drawing on government data, desk research, bespoke fieldwork, interviews and other sources, the report focusses on helping all those concerned with the Holy Land’s well-being, pointing to the dangers that might emerge if support for Christian communities were to be diluted. 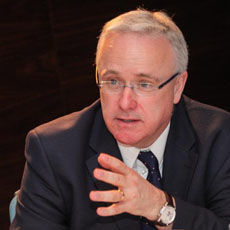