The University of Birmingham and Birmingham City Council have set up a research project to improve people's experiences of Lateral Flow Testing in Birmingham.

The University of Birmingham and Birmingham City Council have launched a research project to improve people’s experiences of Lateral Flow Testing for COVID-19 in Birmingham.

Led by the Institute of Applied Health Research at the University of Birmingham the survey will target adults residing in the city who have had a lateral flow tests (LFT) taken at centres, schools, universities and workplaces.

The purpose of the survey is to explore the reasons underpinning the variable uptake on LFT for COVID-19 in Birmingham by collating data such as the reasons why LFTs were taken, the uptake of the tests and general experiences. The research team will also investigate public understanding of LFT services and their behaviours following an LFT. The aim of this research is to understand factors that may influence the public’s use of LFT services and to generate findings that can inform the ongoing LFT programmes and the associated information provided to the public.

Take part in the survey

It is widely acknowledged that some groups within society are more vulnerable to COVID-19 than others and uptake of vaccinations has also been found to vary by ethnic group, amongst other factors. Understanding the factors associated with use of LFTs in Birmingham is vital in improving the effectiveness of this service.

Lateral flow testing for COVID-19 is being offered to anyone in Birmingham who wants to get tested but doesn’t have any symptoms of COVID-19. The Government is now offering lateral flow testing to anyone who wants to access it. We want to hear from anyone 18 or over who lives in Birmingham:- whether you are a parent with children at school, have been offered testing at work, are studying at university or anyone else. It’s really important that we understand people’s views regarding lateral flow testing, for example why people choose to test or not.

LFTs were designed to be conducted by asymptomatic members of the public and were made available by the Department of Health via walk in centres in populated areas and more recently in places of education and some workplaces. LFTs have a lower sensitivity than Polymerase chain reaction (PCN) tests and are designed to rapidly identify large numbers of people who may have COVID-19 to enable those people to rapidly self-isolate (or return to work) making cities, schools and places of work safer and more able to function during this pandemic.

Dr Justin Varney, Director of Public Health for Birmingham City Council: “Testing regularly is a fundamental part of our approach to controlling the spread of Covid-19. We now know more about the risks of spread of the virus by people who don’t have symptoms but are still infectious, so testing regularly can identify these people quickly and safely to stop the spread. Taking a rapid lateral flow test at home twice a week is key to opening up society and reducing the risks of third and fourth waves which could still send us back into lockdown and challenge the NHS.”

The survey will be advertised via the Birmingham City Council website at LFT sites across the city and other relevant means such as via Birmingham's various community and faith-based organisations who have been leading efforts against COVID-19. 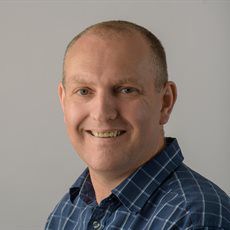