Forty years ago, in June 1981, the first five cases of what later became known as AIDS were reported in the United States.

Forty years ago, in June 1981, the first five cases of what later became known as AIDS were reported in the United States. In the ensuing years, the HIV virus, which causes AIDS, spread throughout the world; it has since killed more than 35 million people. On December 1st 1988, World AIDS Day was inaugurated, and continues to take place each year as we mourn those lost to the virus and remember that HIV has not gone away.

Accompanying the unfolding of the pandemic came a shadow pandemic of misinformation, confusion, anger, superstition, and fear, compounded by the virus’s time lag, by the unimaginable danger posed by something invisible, and by virulent homophobia. It took President Reagan six years to mention the crisis in public. Politicians and clergymen welcomed the virus as proof of God’s will to punish so-called transgression. Doctors refused sick people medical care. Commentators called for people with HIV to be tattooed and interned. Families of some of those who died, as writer and filmmaker David France recalls, ‘withheld all but a shiver of grief’. Artist and activist David Wojnarowicz wrote: ‘WHEN I WAS TOLD THAT I’D CONTRACTED THIS VIRUS IT DIDN’T TAKE ME LONG TO REALIZE THAT I’D CONTRACTED A DISEASED SOCIETY AS WELL.’

How does a culture record, respond to, and remember an experience such as this? In particular, what can poetry do in such a crisis? Poetry speaks differently: as poet Jay Bernard writes in their manifesto, ‘a poet can’t deliver justice but they can ask a different kind / of question’. In their writing about the virus, poets engaged in complex and varied processes of revising, negotiating, re-imagining, and making meaning out of narratives about HIV-AIDS, asking pressing questions about disability, racism, gendered injustice, survival, death, and love in the context of a pandemic. From angrily legible accounts of personal experience to more oblique representations of the complexities of enduring, surviving, and articulating the crisis, the poetry that emerged from this decades-long tragedy reveals the gulf between the ideology surrounding the pandemic and the experiences of people and communities living with and dying from HIV-AIDS.

Poets from AIDS-era New York (a viral epicentre in the United States with 25-42 per cent of the national caseload, and 116,000 deaths) articulate the refusal of erasure; in creating counter-narratives, their poems are a form of alternate documentary of the lives and deaths of individuals and communities, writing back, writing against, writing for. They offer what Melvin Dixon called ‘textual survival’: an effort to enact futurity in the face of physical and cultural obliteration. In his last public speech, given in 1992, Dixon contrasted his ‘broken heart’ and ‘broken body’ with his ‘unbroken spirit’, emphasizing:

Our voice is our weapon. I may not be there for the development of gay literary history, but I’ll be somewhere listening for my name … You, then, are charged by the possibility of your good health, by the broadness of your vision, to remember us.

Poems can memorialise, witness, interrogate, explore, argue, hold to account, soothe, and even save lives. The poet Mark Doty reflected in correspondence with scholar Deborah Landau on lines from a poem by American modernist William Carlos Williams:

to get the news from poems

yet men die miserably every day

of what is found there. 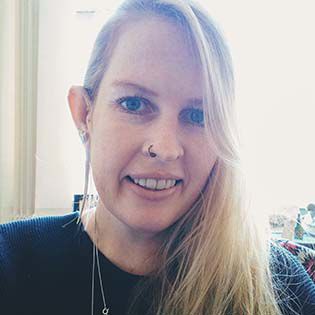