Professor John Terry, Director of the Centre for Systems Modelling and Quantitative Biomedicine, has been awarded a prestigious Established Career Fellowship.

Professor John Terry, Director of the Centre for Systems Modelling and Quantitative Biomedicine at the Institute of Metabolism and Systems Research, has been awarded a prestigious Established Career Fellowship from the Engineering and Physical Sciences Research Council (EPSRC).

The award will allow Professor Terry’s research, which focuses on the accurate diagnosis, prognosis and management of epilepsy, to advance understanding and treatment of the serious brain condition. Epilepsy causes recurrent seizures in susceptible individuals and affects almost 1% of the UK population at some point in their lives.

In this five-year fellowship, Professor Terry will develop mathematical models and computer algorithms to improve our understanding of how seizures occur. These models will describe how different regions of the brain interact with each other and how internal and external stimuli can influence these interactions. The interplay between neural activity within brain regions and the connections between regions critically determines whether seizures can occur and how frequently they are likely to happen.

Working with clinicians, Professor Terry will use electrical brain recordings collected from people with epilepsy to inform the models. By building personalised models, key questions for people with, suspected, epilepsy can be addressed, including:

Working with a software engineer and people with epilepsy, Professor Terry will translate this understanding into prototype tools to address these questions. Co-designing and developing these prototypes with people with lived experience and clinicians will maximise the likelihood of their leading to impact of the fundamental research. 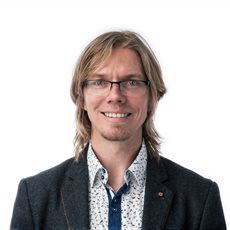