International travellers are at risk to virulent strains of drug-resistant bacteria – often picking up several different types during a trip via other tourists.

International travellers are particularly vulnerable to virulent strains of drug-resistant bacteria – often picking up several different types during a trip through spending time in the company of other tourists, a new study reveals.

Bacterial strains colonised multiple travellers staying at the same hotels and spending time in each other’s company. In one exceptional instance, two participants staying in separate accommodation shared an identical strain after one took a shower in the other’s bathroom.

The international group of researchers, led by scientists at the Universities of Basel, Birmingham, Helsinki and Oslo, and the Wellcome Sanger Institute have published their findings in The Lancet Microbe.

International travel is strongly linked to the spread of MDR-GN bacteria, with transmission highest in India and Southeast Asia, Africa and South America. Colonisation by MDR-GN bacteria is a highly dynamic process. We found constant ‘competition’ between circulating strains acquired by individual hosts and the travellers’ ‘native’ bacteria. Travellers can pick up the bacteria even during short visits and further spread the strains after returning home. Travellers visiting these high-risk regions are at substantial risk of acquiring the bacteria.

Alan McNally, Professor in Microbial Evolutionary Genomics at the University of Birmingham

The impact of travel on the global spread of multidrug-resistant E. coli is well documented – up to 80% of travellers returning from high-risk regions are colonised by MDR-GN bacteria, with colonisation lasting up to a year. Previous traveller studies only analysed pre- and post-travel samples, rather than the actual travel period.

Researchers found that, of the group of 20 European volunteers visiting Laos, 70% had been colonised at the end of the study. Daily sampling revealed that all participants had acquired extended-spectrum beta-lactamases (ESBL) at some time point during their overseas stay.

ESBL enzymes create resistance within the body to most beta-lactam antibiotics, including penicillins, cephalosporins, and aztreonam. Infections with ESBL-producing organisms have proved difficult to treat.

All but one participant acquired multiple strains of bacteria with 83 unique strains identified (53 E. coli, 10 Klebsiella, 20 other ESBL-GN species) and some of these strains being shared by as many as four subjects.

Study co-senior author Jukka Corander, Associate Faculty at the Wellcome Sanger Institute, UK, and professor at Faculty of Medicine at the University of Oslo commented: “Our study reveals the true scale and complexity at which drug-resistant bacteria colonise the intestinal tract during travel, demonstrating that it has been seriously underestimated previously.

“In addition, several of our participants lost some of their travel-acquired ESBL-GN strains while still abroad - indicating that previous studies solely employing pre- and post-travel sampling have under-reported the extent to which travellers are colonised by ESBL-GN.” 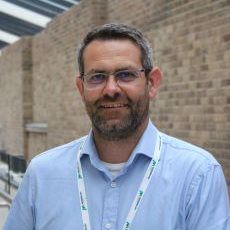