Mr Nigel Drury, Clinician Scientist in Paediatric Cardiac Surgery at the University of Birmingham, has received the prestigious Hunterian Professorship.

Mr Nigel Drury, Clinician Scientist in Paediatric Cardiac Surgery at the Institute of Cardiovascular Sciences, University of Birmingham, has received the prestigious Hunterian Professorship for 2021 for his work on myocardial protection during heart surgery in children.

The Hunterian Professorship, named after pioneering surgeon and scientist John Hunter, is among the most esteemed awards within the field of surgery and is awarded annually by the Royal College of Surgeons of England. Nigel will deliver his lecture, entitled ‘Myocardial protection in paediatric cardiac surgery: building an evidence-based strategy’ at the Society for Cardiothoracic Surgery’s annual national meeting.

Nigel, a consultant in paediatric cardiac surgery at Birmingham Children’s Hospital and clinician scientist at the University of Birmingham, is the chief investigator of the only two multi-centre clinical trials in children’s heart surgery in the UK funded by the BHF. Both ground-breaking trials are researching ways to improve protection of the heart against ischaemia-reperfusion injury during surgery for congenital heart defects in babies and young children.

I am delighted to be given this award in recognition of our ongoing work to make children’s heart surgery safer, both in Birmingham and around the world. Clinical trials are vital to answer important questions and improve the outcomes of surgery for our patients and their families. By working together with colleagues across the UK, we can continue to reduce the impact of needing to stop the heart during surgery.

Nigel joined the University of Birmingham in 2007 as a PhD Fellow to undertake research on myocardial protection, then as an Academic Clinical Lecturer (2010-2015), and now as a Clinician Scientist (2016). He leads the Congenital Heart Disease Research Group within the Institute of Cardiovascular Sciences. He has been an Academic Consultant in Paediatric Cardiac Surgery at Birmingham Children’s Hospital since 2016.

Congenital heart disease affects 12 children born every day in the UK and is when the heart or large blood vessels connecting to the heart have not developed properly in the womb.

Often, we don't understand why the baby’s heart hasn't developed properly. But through research we can find breakthroughs to improve the way we diagnose and treat babies, children and adults born with congenital heart disease, to improve their short and long-term outcomes.

Please note that the majority of the text for this news article has been taken from this British Heart Foundation webpage. 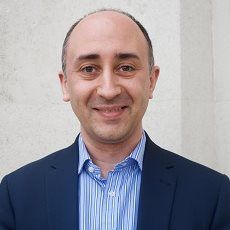