Kidney donation does not increase the risk of cardiovascular disease for donors, research confirms

The study has confirmed that donating a kidney does not have an adverse effect on a donor's cardiovascular system or blood pressure for at least five years.

The study, which was the first of its kind, has confirmed that donating a kidney does not have an adverse effect on a donor’s cardiovascular system or blood pressure for at least five years. It also confirms that having lower kidney function on its own does not increase the risk of cardiovascular disease.

When donors donate, their kidney function falls by about 50%, but over the next few weeks the remaining kidney grows (hypertrophies). This means that they only lose about a third of their pre-donation function. This means, however, that most of them are left with impaired kidney function, enough to be classified as having chronic kidney disease.

Fifty living kidney donors – people who have had a kidney removed so that it can be transplanted into a patient with kidney failure – went through an extensive medical evaluation at the start of the study to confirm that they were free of any evidence of diabetes or underlying cardiovascular disease.

We are profoundly grateful to all of these kidney donors and controls for voluntarily coming back to Birmingham for further intensive study. We were surprised by the results as even mildly reduced kidney function is strongly associated with heart and artery disease’ but perhaps this is due to differences between loss of kidney function due to loss of an organ and kidney disease.

All patients had a detailed heart scan using a cardiac magnetic resonance scanner and detailed studies of their arteries and blood pressure. It was found that after five years of donation there were no significant changes in either heart or blood vessel structure and function as well as no changes in blood pressure. There were also no differences detected between donors and control participants at five years.

The research, which was published in Hypertension and funded by the British Heart Foundation, was a collaboration between the University of Birmingham and University Hospitals Birmingham NHS Foundation Trust (UHB) and has revealed important information that can be used in future discussions with potential kidney donors.

Ms Anna Price, a PhD student in the Institute of Cardiovascular Science (ICVS), University of Birmingham, led the research. The senior authors of the paper are Professor Jon Townend, Professor of Cardiology, Consultant Cardiologist at UHB, and Professor Charles Ferro, Consultant Nephrologist at UHB, both of whom hold honorary roles with ICVS. 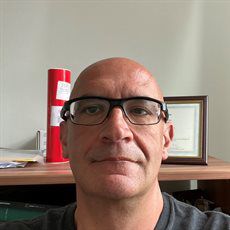