Campaigners used quasi-religious and mythological themes to create a 'Brexit religion' - persuading people to support Britain's withdrawal from the European Union, according to a new study.

Campaigners used quasi-religious and mythological themes to create a ‘Brexit religion’ with the National Health Service (NHS) at its heart - persuading people to support Britain’s withdrawal from the European Union, according to a new study.

The Leave campaign’s promise to ‘take back control’ used the NHS as the country’s Holy Grail that could be rescued from malign European forces that threatened Britain’s unique historical place in the world.

Researchers at the Universities of Birmingham and Warwick have published their findings in Social Policy and Society, identifying three core themes within the ‘religion’, namely that:

These themes were supported by claims that EU membership was exacerbating a crisis in health and social care - a myth encapsulated by the so-called ‘Brexit bus’ campaign, which suggested that leaving the EU would free up £350 million a week to invest in the NHS.

Co-author Dr. Peter Kerr, Senior Lecturer in Politics at the University of Birmingham, commented: “Former Chancellor Nigel Lawson described the NHS as ‘the closest thing English people have to a religion’ - placing it at the heart of the Brexit narrative was a shrewd political calculation.

“Framing the NHS as the Holy Grail to be rescued from the threat of the EU superstate and an influx of foreign migrants – symbolised by the ‘Brexit Bus’ – neatly cut into a variety of beliefs and emotions about Britain’s place in the world and its membership of the EU.”

The researchers found that ‘religious’ aspects of Brexit centred on secularised theological concepts such as ‘sovereignty’ and the ‘nation’ used to place the blame for Britain’s economic, political and social problems at the feet of the European Union.

Leave campaigners simultaneously aligned these concepts with claims about the exceptional character of the British people - leading to appeals around the need for them to regain their leading role in global affairs.

Co-author Dr. Steven Kettell, Associate Professor in Politics and International Studies at the University of Warwick, commented: “Such quasi-religious narratives worked to heighten the intense emotional fervour around Brexit and led many of its adherents to distance themselves from various facts about its potential future implications.

“This approach effectively insulated claims about Brexit from any sort of rational critique. This emotional disconnect from expert advice, along with the willingness of true believers to accept various assertions, created the ideal conditions for the now famous NHS ‘lie’ on theside of the Brexit Bus to play a pivotal role in securing victory for the Leave campaign.”

The researchers note that recent psychological research found clear differences in reasoning between Leave and Remain supporters, with the former found to place far greater emphasis on appeals to emotion, nationalism and authoritarian values - all of which align to a religiously-inspired view of the world.

They found that Brexit inspired in its believers a set of goals and desires that, to many on the Remain side, appeared irrational and divorced from political and economic realities. This led to public support for Brexit remaining solid with backing for the hardest and potentially most damaging form of ‘no deal’ Brexit increasing.

“It became increasingly evident that followers of Brexit were prepared to make sacrifices – potentially to Britain’s future prosperity and unity between its nations – for the goal of retrieving its national character, most powerfully symbolised by the revered NHS,” added Dr. Kerr. 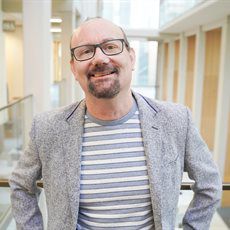