Professor Philip Davies from the School of Engineering, University of Birmingham has been elected to the Board of Directors of the European Desalination Society (EDS) in February 2021.

Professor Philip Davies from the University’s School of Engineering has been elected to the Board of Directors of the European Desalination Society (EDS).

The EDS is a Europe-wide organisation for individual and corporate members, including universities, interested in desalination (a process that takes away mineral components from saline water) and membrane technologies for water. It is a society uniting all interested in promoting desalination, water reuse and water technology. The wide range of roles and activities involved in the desalination field are: research, applications, consulting, contracting, operation and maintenance, manufacturing, marketing, economics and legislation.

Philip Davies is a Professor of Water Technology, and has over 30 years of academic and industrial research experience. He began his research in desalination through work on the design and installation of a seawater greenhouse in the Canary Islands in 1993. Prior to this, he undertook research in solar energy conversion at the Polytechnic University of Madrid.  His research today combines interests in renewable energy and desalination, as he continues to develop sustainable approaches to purify seawater, groundwater and wastewater for drinking and irrigation purposes.

Commenting on being elected, Professor Davies said, “As I have learnt about desalination technology over the years, EDS has been instrumental in developing networks and collaborations that have allowed me to understand the field much better. Thanks to these networks, I am now participating in several exciting international projects.”

“For example, I am coordinating INDIA H2O, a collaborative project with 18 partners under the EU-India Water Cooperation programme, which is focussed on water desalination and reuse in the arid state of Gujarat. Another project, in collaboration with the National Research Centre, Egypt, will help to address issues of removing pollutants from groundwater in Egypt.”

“EDS members have often pointed to the fact that the oceans harbour 97.5% of the world’s water. At this time of heightened awareness of climate change and water scarcity, this fact is more relevant than ever. The new decade is likely to see a sharp growth in the demand for desalination to allow access to alternative water sources – and I believe that EDS will have a vital role to play in addressing the challenges associated with this trend.”

“In my role at the University of Birmingham, I also see opportunities to link EDS networks to several international initiatives of the university, such as the India Institute and the Institute for Global Innovation.”

“I am delighted and honoured to be joining the Board and look forward to promoting EDS’ objectives through my participation.”

During his post on the Board of Directors of the European Desalination Society, Professor Davies will focus on the following:

• Facilitating access to educational and training resources through various modes of delivery, to broaden access to desalination technology at different scales and by different members of society – to maximise the possibility for the technology to reach the places where it is most needed.

• Encouraging and assisting future leaders in the desalination. Leadership will be needed in the coming decades to adapt and apply desalination technology to meet current and future challenges.

• Strengthening affiliate networks and broadening participation where possible, in Europe and globally, to include sectors (such as energy and agriculture) that will be important for the successful application of desalination to meet water-related needs.

We wish Professor Philip Davies the best of luck in his new EDS Directorship role. 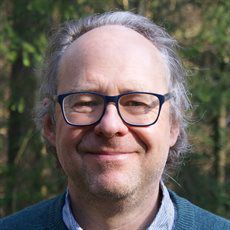