Led by the University of Bath, in collaboration with the Universities of Birmingham, Oxford and New York, the Cochrane Review found that those who quit smoking are not likely to experience a worsening in their mood long-term, whether they have a mental health condition or not.

Published to coincide with No Smoking Day 2021 on Wednesday 10 March, the research also found that people’s social relationships are unlikely to suffer if they give up smoking.

Smoking is the world's leading cause of preventable illness and death. One in every two people who smoke will die of a smoking-related disease unless they quit. However, some people still believe that smoking reduces stress and other mental health symptoms, and that quitting might exacerbate mental health problems. Some people who smoke also worry that stopping might have a negative impact on their social lives and friendships.

The review, which summarises evidence from 102 observational studies involving nearly 170,000 people, found that people who stopped smoking for at least six weeks experienced less depression, anxiety, and stress, than people who continued to smoke. People who quit also experienced more positive feelings and better psychological well-being, and it is possible that stopping smoking may be associated with a small improvement in social well-being.

Lead author Dr Gemma Taylor, of the Addiction & Mental Health Group at the University of Bath, said: “Smokers often believe that cigarettes are the crutch they need when they feel low, but there is good reason to think that smoking is actually making them feel worse.

“The daily cycle of waking up with cravings, satisfying the cravings through smoking only to be back wanting another cigarette within hours has an understandable impact on how people feel.

“But get past the withdrawal that many smokers feel when they stop, and better mental health is on the other side.

“From our evidence we see that the link between smoking cessation and mood seem to be similar in a range of people, and most crucially, there is no evidence that people with mental health conditions will experience a worsening of their health if they stop smoking.”

Dr Amanda Farley, Lecturer in Public Health and Epidemiology in the Institute of Applied Health Research at the University of Birmingham, said: “Cochrane reviews bring together all the latest research evidence using systematic and rigorous methods to answer a specific question.

“Our review finding that, after at least six weeks, mental health is not worse in those who quit smoking and instead is linked with improved mood is good news for smokers, and may help to address some myths that smoking helps mental health.”

The review authors combined the results from 63 studies that measured changes in mental health symptoms in people who stopped smoking with changes occurring in people who continued to smoke. They also combined results from 10 studies that measured how many people developed a mental health disorder during the study. The studies involved a wide range of people, including people with prior mental health conditions and people with long-term physical illnesses. The length of time the studies followed people varied from six weeks to up to six years.

The new research comes as Public Health England has published data that shows smokers have poorer mental well-being than non-smokers. The data shows that in 2019, 1.6 million smokers had high levels of anxiety. As anxiety increased for the whole population in 2020 as a result of COVID-19, 2.4 million smokers reported high levels of anxiety - an increase of 50%. Smokers reporting low levels of happiness also rose, from 900,000 in 2019, to 1.3 million in 2020.

Deborah Arnott, Chief Executive of Action on Smoking and Health, said: “After the year we’ve all had, some smokers might feel now is not the time to stop.

“The opposite is true, put smoking behind you and a brighter future beckons. Using nicotine replacement, whether patches gum or vapes, can help deal with any withdrawal symptoms, which last at most a matter of weeks. Be confident that once you’ve put smoking behind you not only will you be healthier and wealthier but feel happier too.” 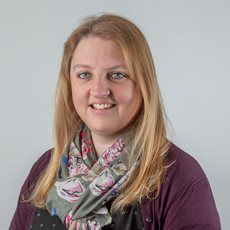