Rethinking Britain and Europe after the End of Empire: Decolonisation in the Metropoles

Are we equipped adequately to conceptualise what 'decolonisation' means in the European metropoles?

Although decolonisation is a word that has regained currency in the last few years, can we really come to terms with what this concept means and what its implications are?

Do we fully realise that, in many respects, it is still an ongoing process right here, just on our doorstep, rather than solely affecting faraway places? Are we equipped adequately to conceptualise what ‘decolonisation’ means in the European metropoles which have to rethink a role, a position and a cultural project for a twenty-first century which has provincialized them?

Harry Truman’s Secretary of State Dean Acheson famously remarked in 1962 that ‘Great Britain has lost an empire and not yet found a role’. The question might remain more pertinent than ever today, as it no longer concerns exclusively international matters, as it did at the time, but also the very cultural fabric of ex-colonial powers, with countless socio-political ramifications. With global movements such as Black Lives Matter or Rhodes Must Fall sweeping the world like a whirlwind, bringing down or at least shaking in their wake statues, celebrations and respected institutions, it is becoming increasingly evident that engagement with the colonial past has become a necessity. The times are clearly over when avoidance of this past, glorious for some, shameful for others, was an option.

Yet, little attention has been paid so far to the long-term impact of the ways in which empires ended: did a negotiated ‘end of empire’ make a difference? And to whom? We have known for a long time that the way in which a new post-colonial state emerged had the potential to influence its future trajectory. Independence wrought from the hands of a reticent decoloniser, among blood and tears, did not make for an auspicious start towards democracy and freedom. But what about the centres from where colonial power had radiated, often for centuries? Did the modalities of decolonization make a difference as to how the former colonial power negotiated questions such as bilateral relations, migration, memory or simply cultural fluxes? Decolonisation was not something that happened ‘out there’, but rather impacted colonial centres in myriad ways.

Like any linking process, decolonisation affected both ends of the link: whilst the emphasis has long been placed primarily on the colonized end of it, and for good reason given that they were on the receiving end of colonialism and its associated privation of self-government, spoliation and inherent inequality, the colonizing centres have often been neglected. Through several volumes published in the last decade, Sèbe’s research has sought to redress this imbalance, and to highlight the centrality of the imperial experience – and its associated corollary, decolonization, to the lives, imagination and aspirations of countries which used to possess an empire ‘on which the sun never set’, but which was no more.

Popular imperialism surged and ‘empire’ gained greater currency across Europe’s cultures just as colonies began to seek and gain political independence. The colonial experience reverberated in former (or soon-to-be-former) metropoles in the form of afterlives in film, novels, artwork, colonial migrants, and under other guises. These surged, quiesced, appeared in new, and changed or resurfaced forms (new waves of migration, rediscovered memories of empire), suffusing already-changed metropoles in a successive, fluid, uneven process. Decolonisation did not ‘happen’ at one point in time; rather, it marched on throughout, in the form of ebbs and flows of cultural exchanges between ex-colonies and metropoles in flux, influencing undulating cultures marked by shifting memories of the colonial past and its changing place in public debates. Far from being a static process, the loss of colonies translated into Europe’s cultures and sociopolitical realities as flows, ebbs, fluxes, and cultural refluxes, making decolonisation a process whose fluidity was pivotal – an aspect hitherto neglected in our understanding of the two decades that followed the Second World War. Speaking from the Danford Room of the University of Birmingham, where a collection of African artefacts initially gathered in colonial Nigeria is on display, Sèbe reminds us how empire, decolonisation and their memories and consequences remain a vivid reality in twenty-first century Britain and Europe.

Drawing on several volumes such as Decolonising Europe? Popular Responses to the End of Empire, co-edited with Matt Stanard (2020), Decolonising Imperial Heroes: Cultural Legacies of the British and French Empires co-edited with Max Jones, Bertrand Taithe and Peter Yeandle (2016), and Echoes of Empire: Memory, Identity and Colonial Legacies co-edited with Kalypso Nicolaïdis (2015), Sèbe offers here a radically new interpretation of ‘decolonisation’, with far-reaching consequences for our understanding of our societies: by placing the emphasis on complex and intertwined patterns of long-term change in the metropoles, it highlights the highly mediated nature of the end of empire, and the multidirectionality of memories vying for attention on the political and public scene. Through this analysis, decolonisation appears as foundational moment of British, European and global history – one that has shaped, and continues to shape, the world we live in. 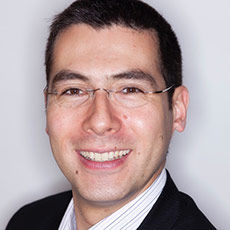