The updated guidance could mean thousands of women with prior miscarriage and bleeding in early pregnancy could be eligible for treatment with progesterone.

Research led by the University of Birmingham has helped to shape guidelines which could mean thousands of women with prior miscarriage, and bleeding in early pregnancy, could be eligible for treatment with progesterone each year.

The updated guidance, announced today by the National Institute for Health and Care Excellence (NICE), follows a review of evidence by NICE’s independent guideline committee. The key evidence came from two trials – PRISM and PROMISE - led by the University of Birmingham in collaboration with Tommy’s National Centre for Miscarriage Research.

The results of the clinical trials, published in January 2020, evidenced both the clinical and economic advantages of giving a course of self-administered twice daily progesterone pessaries to women with prior miscarriage from when they first present with early pregnancy bleeding up until 16 weeks of pregnancy. In such women, the treatment reduces miscarriage risk and increases livebirth chances.

Progesterone is a hormone that is naturally secreted by the ovaries and placenta in early pregnancy and is vital to the attainment and maintenance of healthy pregnancies.

PROMISE studied 836 women with unexplained recurrent miscarriages at 45 hospitals in the UK and the Netherlands, and found a 3% higher live birth rate with progesterone, but with substantial statistical uncertainty.

PRISM studied 4,153 women with early pregnancy bleeding at 48 hospitals in the UK and found there was a 5% increase in the number of babies born to those who were given progesterone who had previously had one or more miscarriages compared to those given a placebo. The benefit was even greater for the women who had previous ‘recurrent miscarriages’ (i.e., three or more miscarriages) – with a 15% increase in the live birth rate in the progesterone group compared to the placebo group.

Of the newly updated NICE guidance, Arri Coomarasamy, Professor of Gynaecology & Reproductive Medicine at the University of Birmingham and Director of Tommy’s National Centre for Miscarriage Research who led the PRISM and PROMISE trials, said: “After many years researching the use of progesterone and working to make treatment more accessible, today’s new miscarriage care guidelines from NICE include a very welcome change. Our research has shown that progesterone is an effective and safe treatment option, which could prevent 8,450 miscarriages a year in the UK – but we know it’s not yet reaching everyone who might benefit. This recommendation from NICE is an important step in tackling the current variation in miscarriage services across the country and preventing these losses wherever possible.”

Tommy’s CEO Jane Brewin said: “It’s great to see NICE taking our progesterone research on board in their new miscarriage care guidelines, which will help save babies’ lives and spare parents’ heartache. Miscarriage is often dismissed as ‘one of those things’ we can’t do anything about – even by some healthcare professionals, who may not specialise in this area to know the latest evidence. We hear from women who were denied progesterone treatment when they should have been eligible, simply because their doctor wasn’t familiar with it, so we hope NICE’s recommendation will help end some of these inequalities in miscarriage care that add more pain to an already unbearable experience.”

Meanwhile, Professor Coomarasamy was among the leading authors to lay bare the devastating impact of miscarriage and set out a raft of recommendations to improve treatment and care in a series of three research papers published in The Lancet in April 2021.

As we work to open the 'black box' of miscarriage in the hope of unpicking its causes and finding new therapies, the UK must change its approach to miscarriage care, not only to reduce the risk wherever possible but also to better support those who do tragically lose their babies.

Professor Coomarasamy, Professor of Gynaecology & Reproductive Medicine at the University of Birmingham and Director of Tommy’s National Centre for Miscarriage Research

Amongst the calls to action by the research team was for urgent changes to NHS policy, which currently provides exploratory testing for underlying causes of miscarriage for women only after they have experienced three consecutive miscarriages. The team says many of the risks related to a miscarriage are present even after one or two miscarriages, and appropriate care should be provided to all women who have experienced one or more miscarriages.

The Lancet ‘Miscarriage Matters’ series of papers formed part of a campaign by charity Tommy’s, including a petition to improve miscarriage care which has been signed by almost 230,000 supporters.

Tommy’s National Centre for Miscarriage Research has also been working with the Royal College of Obstetricians and Gynaecologists (RCOG) to share the knowledge and recommendations from The Lancet research. Now, RCOG has updated its miscarriage care guidelines taking The Lancet papers on board and encourages the NHS to adopt a graded model of care so that parents can get support after every loss and earlier access to specialist tests and treatments.

In the revised guidelines, RCOG suggest that ‘recurrent miscarriage’ should be redefined so that losses don’t have to happen in a row for parents to receive support. Instead, they encourage doctors to use their discretion after two miscarriages if they suspect an issue might be causing the losses, and state that non-consecutive losses or those with different partners should still be treated as recurrent miscarriage.

Meanwhile, in June this year Olivia Blake MP delivered Tommy’s petition to an Adjournment Debate in Parliament in support of the campaign, which led to the then Minister for Mental Health, Suicide Prevention and Patient Safety, Nadine Dorries MP, announcing that the Government would incorporate a number of the recommendations into the Women's Health Strategy which will aim to improve the health and wellbeing of women across the country.

Since then, Tommy’s CEO Jane Brewin has written a joint letter with Olivia Blake to new Health Minister Gillian Keegan MP, asking her to uphold Nadine Dorries’ promises in Parliament and meet with Tommy’s to discuss what happens next to make good miscarriage care widely and fairly available for everyone.

Professor Coomarasamy said: “As we work to open the 'black box' of miscarriage in the hope of unpicking its causes and finding new therapies, the UK must change its approach to miscarriage care, not only to reduce the risk wherever possible but also to better support those who do tragically lose their babies.”

Tommy’s CEO Jane Brewin said: “The right care can reduce the risk of miscarriage, and the right support can help parents if they experience loss – but that help isn’t reaching everyone across the UK after every miscarriage; this can and must change.

“It’s great to see the Royal College taking forward Tommy’s recommendations from our Lancet research in their new care guidelines, so we can prevent more losses wherever possible but also better support those who do sadly lose their babies. We know what to do and how to do it, so now we need a commitment across the NHS to develop these care pathways and improve support for everyone.”

In addition to the recommendations on tests and treatments for miscarriage, RCOG has also highlighted where research and evidence is lacking. This includes the health disparities facing women from Black, Asian or minority ethnic backgrounds, who were found to be at higher risk of having a miscarriage than White women in The Lancet research series. Researchers at the University of Birmingham have already begun work in this area, in partnership with Tommy’s National Centre for Miscarriage Research.

An estimated 23 million miscarriages occur every year worldwide – equating to 44 pregnancy losses each minute.  Miscarriage (defined as the loss of a pregnancy before 24 weeks) costs the UK at least £471 million a year due to direct impact on health services and lost productivity. However, scientists expect costs surpass £1 billion per year when factoring in longer-term physical, reproductive and mental health impacts. 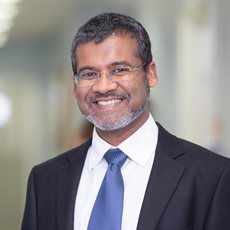