Fariha Shaikh has been chosen as New Generation Thinker, which is a joint collaboration between the Arts and Humanities Research Council (AHRC) and BBC Radio 3.

A researcher from the University of Birmingham has been chosen as New Generation Thinker, which is a joint collaboration between the Arts and Humanities Research Council (AHRC) and BBC Radio 3.

Dr Fariha Shaikh, a Lecturer in Victorian Literature from the College of Arts and Law is one of ten New Generation Thinkers which represent some of the brightest minds in the country and their research has the potential to redefine our understanding of everything from our history to the way we speak.

Names of the 2021 New Generation Thinkers were announced as part of a special episode of Free Thinking on BBC Radio 3.

Fariha Shaikh along with her co-New Generation Thinkers will have the opportunity to communicate her research by making programmes for BBC radio. She will also be provided with unique access to training and support from AHRC and the BBC.

Commenting on her appointment Dr Fariha Shaikh said: “I am delighted to have been selected as one of this year’s New Generation Thinkers. I look forward to working with the AHRC and the BBC to bring the public my research in nineteenth-century literature and settler colonial migration. For the NGT radio programme, I’ll be putting together a feature on the relationships between emigrants’ letters and the ways in which they shape the colonial and geographical imagination in novels of Charles Dickens.”

The final ten academics selected to take part in the scheme were chosen after a four-month selection process, including a series of day-long workshops. They have undergone training and development with the AHRC and will spend a year being mentored by producers from Radio 3’s Free Thinking programme, where they will appear to take part in discussions about a wide range of topics between April and July.  They will also be working on episodes of The Essay to be broadcast on BBC Radio 3 next spring.

The New Generation Thinkers scheme is one of the major ways that AHRC inspires other arts and humanities researchers across the UK to get involved in engaging a wider public with their research.   It’s a chance for early career researchers to develop the confidence and skills to work with diverse audiences to share and develop their research.  New Generation Thinkers are also exemplars for AHRC’s academic community, leading the way for other researchers and inspiring other arts and humanities researchers to get into public engagement.

The successful ten were selected from hundreds of applications from researchers at the start of their careers. They have all demonstrated a passion for communicating their work and a skill for making complex areas of study engaging, accessible, and enlightening.

Visit the AHRC website to find out more about the scheme.

For more information or interviews, please contact: Hasan Salim Patel, Communications Manager (Arts, Law and Social Sciences) or call the press office out of hours on +44 (0) 7789 921 165. 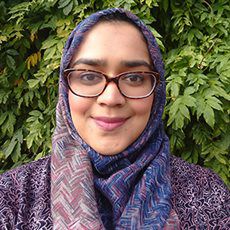