The University of Birmingham is to receive a share of £6 million in funding to tackle fundamental research questions with quantum technology.

From the exploration of antimatter gravity to dark matter detection, 17 new projects have been awarded funding by UK Research and Innovation (UKRI) in support of its existing Quantum Technologies for Fundamental Physics (QTFP) programme. The programme receives joint funding from the Science and Technology Facilities Council (STFC) and the Engineering and Physical Sciences Research Council (EPSRC).

The grants encourage high-risk discovery and aim to demonstrate how quantum tech can solve long-standing questions in fundamental physics, from the exploration of antimatter gravity to dark matter detection.

At the University of Birmingham, the fund will be spent on developing an atomic clock that can be used in the detection of dark matter.

This new cohort of projects should make a valuable contribution to our understanding of the universe using cutting-edge quantum tech such as quantum computing, imaging, sensing and simulations.

Dr Vera Guarrera, from the School of Physics and Astronomy, at the University of Birmingham, is co-investigator for one of the projects.  She said: “This grant will allow us to realize a very cold crystal of laser-cooled calcium ions, where we will implant a highly-charged ion of an element called californium. The crystal will be used to decrease the temperature of the highly-charged ion close to the absolute zero, a process known as sympathetic cooling.

"This is a fundamental step for the realization of an atomic clock based on californium highly-charged ions. Such a unique clock is expected to realise the most sensitive detector worldwide of ultra-light dark matter.”

Professor Grahame Blair, STFC Executive Director, Programmes, said: “This new cohort of projects should make a valuable contribution to our understanding of the universe using cutting-edge quantum tech such as quantum computing, imaging, sensing and simulations.

"The new grants continue to support the UK research community in exploring the diversity of quantum technology applications for fundamental science – from neutrino mass studies to searches for violations of fundamental symmetries of nature.” 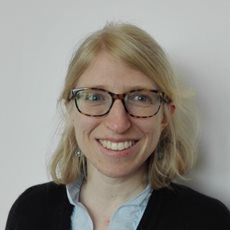