Specialised memory cells found in our immune system play an important role in our ability to fight virus mutations such as those produced by SARS-CoV2.

So-called virus escape mutants are variants of a virus which are typically produced when the body’s immune system is weak. The immune system can control the virus, but cannot prevent the mutated viruses from spreading.

A person with a normal immune response is able to suppress these mutants. The mechanisms by which this happens, however, are poorly understood.

A team at the University of Birmingham discovered an important role played by memory B cells. These work alongside the regular B cells which learn to produce highly specific antibodies in response to an infection. The results are published in Nature Communications.

Memory B cells work alongside these virus-neutralising antibodies, but their function has remained a puzzle. That’s because, while antibodies are highly specific to a target pathogen, memory B cells make antibodies that bind in a fuzzy and non-specific way.

These findings represent a major shift in how we think about immune memory, which may affect how we understand virus infection, and immune deficient patients – as well as the development of new vaccines.

The researchers found the reason for this lack of specificity was that memory B cells are interacting with other white blood cells, called phagocytes which work to suppress pathogens by engulfing them. The memory B cells work alongside phagocytes to continuously screen for mutant virus variants.

Because their function is not specialised, when they discover an antigen, they can kick-start a protective antibody response. This enables them to generate an early defence mechanism against virus escape variants during an ongoing infection.

The mechanism may protect us from SARS-CoV2 variants which emerge during an on-going Covid-19 infection and also seems to protect HIV patients from being overcome by virus mutant variants over many years.

Professor Kai-Michael Toellner, in the Institute of Immunology and Immunotherapy at the University of Birmingham, explains: “These findings enable us to better understand how people are protected in long term virus infections, such as HIV. It represents a major shift in how we think about immune memory, which may affect how we understand virus infection, and immune deficient patients – as well as the development of new vaccines.” 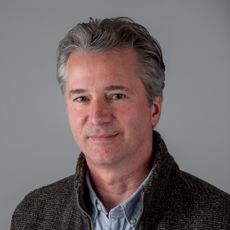