Held at Northfield Adult Education Centre (Northfield), and Saltley Learning centre (Alum Rock), students watched performances of Shakespeare monologues and scenes from Theatre(ish), a local performing arts company. Students also took to the stage themselves – dressing up as May Day farmers to interact with an actor playing King Polixenes from The Winter’s Tale

Since 2017, and with support from Birmingham Stories since 2019, Dr Kate Rumbold has led Shakespeare workshops for adult learners completing English courses with BAES. These workshops have offered participants the opportunity to engage with imaginative literature outside of their curriculum.

To coincide with these workshops and celebration events, Birmingham Stories have also funded large wall and window displays to fill classrooms at BAES – featuring quotations which students had encountered in workshops, and chosen as most meaningful to them. The quotes displayed include:

Kyle Turakhia, Birmingham Stories Hub Manager, said: “This Shakespeare day, we were delighted to celebrate the longstanding collaboration between BAES and Birmingham Stories around the West Midlands’ most famous poet. Kate Rumbold’s Shakespeare workshops are always incredible to watch – the adult learners come to these classic quotes with rich and varied life experience, and always tell moving and surprising stories. The workshops are testament to the living power of Shakespeare’s verse – which still evokes an emotional response in so many people to this day. We hope the displays we have funded in BAES classrooms will continue to inspire and engage students studying at BAES for many years to come.”

Birmingham Stories have a host of Shakespeare resources available for young people and adults, including videos from Theatre(ish). The BAES runs a wide range of courses for adults across the city – read about what’s on offer and enrol. 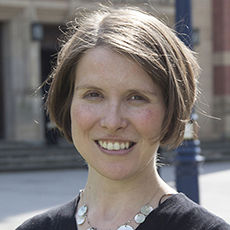