Icarus, in Greek mythology, is known for over-eagerly ‘flying too close to the sun’ and his subsequent fall. In Raising Icarus, the famous image is broken open to uncover the dysfunctional relationships behind it – especially between father and son – which end in tragedy.

Jo Sweet, Head of University Music and Concerts comments, ‘With an illustrious history, Barber Operas bring outstanding chamber opera to the city of Birmingham. Ordinarily, Barber Operas enable us to present revivals of operas not heard for over 600 years. To present a brand new opera is therefore a new and incredibly exciting venture for us; the first time that a Barber Opera has been a new commission, and hopefully the first of many!’

Michael Zev Gordon adds, “This opera is well over 10 years in the making. I wanted to tell a different story of Icarus, not the one that everyone knows, but the one about Icarus’ relationship with his father. Raising Icarus touches on universal and contemporary themes – of jealousy, of pushy parents, and the dynamic between a parent who wants one thing and a child who wants another. We have a stellar artistic team working hard to bring this vision to reality.” 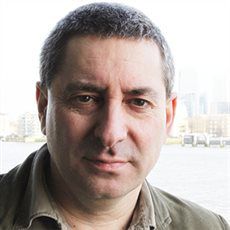