New Enlightenment Lectures are held annually, and feature a prominent woman philosopher leading a roundtable discussion with postgraduate students and faculty members on gender issues in Philosophy, and delivering a keynote lecture on a topic of her choice.

Both in the popular press and in cognitive science research, there is a tendency not only to compare beliefs in conspiracy theories with clinical delusions, but to call ‘delusions’ various nonclinical beliefs that are found epistemically problematic, including conspiracy beliefs. One recent proposal by Sam Wilkinson is that when an interpreter calls a speaker’s belief delusional, the interpreter expresses their folk-epistemic disapproval towards the belief. Being an expression of disapproval, the term ‘delusion’ is not descriptive and the folk-epistemic disapproval signalled by its use cannot be further unpacked. In this talk, I embrace the idea that calling beliefs delusions is not a mere description, but I attempt to unpack the reasons for the disapproval that the term expresses. I argue that delusionality encompasses the belief’s features that make it epistemically undesirable or costly from the interpreter’s point of view. These features include (1) implausibility, in the sense that the belief does not have the appearance of truth; (2) unshakeability, in the sense that the belief is responsive to reasons but is not typically given up under the pressure of counterargument or counterevidence; and (3) centrality to the speaker’s identity, in the sense that the belief reflects a speaker’s explicit, stable, and emotionally laden commitment. This analysis can partially explain why, in order to abandon a delusional belief, a speaker needs to undergo something like a conversion. 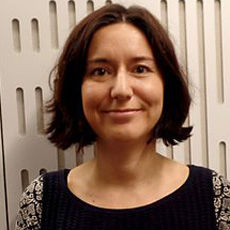