Jagbir Jhutti Johal is appointed to Race Equality Foundation Board

Jagbir Jhutti-Johal has been confirmed as one of the experts for the 2022-2025 OSCE/ODIHR Panel of Experts on Freedom of Religion or Belief.

OSCE (Organisation for Security and Cooperation in Europe) and ODIHR (Office for Democratic Institutions and Human Rights) is one of the world’s principal regional human rights bodies, with responsibility for promoting democratic elections, respect of human rights, tolerance and non-discrimination, and the rule of law.

The role of the Panel will be to provide information, advice, guidance on draft legislation and policies for example and recommendations to ODIHR, and through ODIHR to the participating States (57 participating States from Europe, Central Asia and North America, on matters pertaining to the freedom of religion or belief to all in the OSCE area. The panel is also expected to contribute to ODIHR’s efforts to mainstream gender in all of its activities pertaining to freedom of religion or belief by fulfilling its functions and tasks in a gender-sensitive manner. 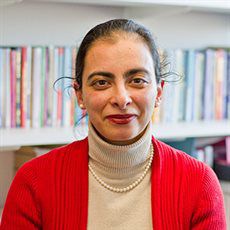