Any law designed to deal with SLAPPs must account for the wide and growing range of SLAPP victims, says Dr Peter Coe.

Undoubtedly SLAPPs are a problem that need to be tackled, not just in the UK, but in Europe, and further afield. However, in tackling this problem we need to take account of the following issues.

Firstly, SLAPPs do not just impact mainstream journalists and the broadcast media: they are used against NGOs, charities, pressure groups, environmentalists, academics, lawyers, the judiciary, and citizen journalists, among others. Consequently, any law designed to deal with SLAPPs must account for the wide and growing range of SLAPP victims.

Secondly, if a law is introduced it must recognise that the SLAPPs that make it to court are just the tip of the iceberg. What makes the situation challenging is the fact that the mere threat of litigation is often enough to prevent the SLAPP victim from continuing ‘the public participation’. Therefore, the legal action does not proceed any further than a strategic ‘threat’. For these claimants they may know that, if taken further, they have very little or no chance of ‘winning’ their claim and receiving damages. That is not their objective. Rather, their objective is to use the threat strategically to scare the victim into not, for example, publishing an article.

Finally, any law that is introduced to tackle SLAPPs must be appropriately balanced with other laws that protect the rights of claimants. We must not create a law that prevents legitimate and meritorious claimants from being able to pursue a cause of action that could, for example, protect and vindicate their reputation, or protect their privacy, because it wrongly categorises them as being a SLAPP litigant. This could create a slippery slope to irresponsible public participation, and to a situation where although some SLAPPs will be prevented, we may inadvertently deter legitimate claims and undermine other, equally important, rights of citizens. 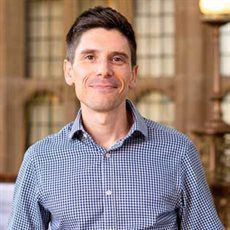