Concerns around gender-sensitive medical care speak to wider issues in women’s healthcare that are experienced by cis and trans women alike.

Whenever I read articles like the one by Sonia Sodha in The Observer, I feel sad. Sad for my trans sisters, and sad for the missed opportunities for solidarity, and coalition, between diverse women facing a common threat: institutionalised misogyny.

‘Gender critical’ observers take genuine problems facing women – cis and trans alike – and mobilise them against a false, and already marginalised, enemy. In doing so we fail to address the real issues that have been exacerbated by years of austerity, and toxic masculinity.

One argument often used by gender critical people is the right of women who have been raped to be treated by a GP or other medical professional who is ‘biologically female’. They also call for trans women to be excluded from ‘single sex’ spaces such as hospital wards, refuges, and rape crisis centres. The idea is that trans women are ‘actually male’ and therefore – at best - trigger the anxiety of cis women who have experienced sexual assault or at worst, sexually assault cis women while in those spaces.

We can understand and empathise with the lived experience of survivors while at the same time recognising that trans women are not the problem that needs to be solved. Otherwise, we let the Government off the hook for failures in providing support and safety for women.

We can understand and empathise with the lived experience of survivors while at the same time recognising that trans women are not the problem that needs to be solved. Otherwise, we let the Government off the hook for failures in providing support and safety for women.

Women have overwhelmingly borne the brunt of austerity, with funding for domestic violence shelters cut by a quarter since 2010. According to Amnesty International, the number of rape cases brought to court has significantly declined as access to legal aid has been slashed. Likewise, austerity has also had a devastating impact on the mental health provision that would support women recovering from the psychological impact of sexual violence.

Put in this context, refusing care from trans doctors and nurses therefore does nothing to tackle the impact of gender-based violence which is institutionalised at the highest level. Yet, it has a significant impact on trans women. The evidence shows that trans women are, like cis women, far more likely to be victims of sexual assault than to be perpetrators of it. A US study found that 37% of trans women and 41% of non-binary people assigned male at birth had been sexually assaulted at some point in their lives while more than half of trans people had experienced intimate partner violence. Trans women in the UK are actually more likely than cis women to experience domestic violence. My expectation would be that a trans medical professional is likely to be far more sensitive to the experiences of sexual assault survivors than a cis man.

The concerns around gender-sensitive medical care speak to wider issues in women’s healthcare that are experienced by cis and trans women alike. According to The Guardian, since the pandemic waiting lists for women’s healthcare have grown more than any other area of medicine as a result of doctors dismissing women’s symptoms as ‘benign’ and not requiring urgent care. Author Maya Dusenbery argues that inadequate care for women stems from both a ‘knowledge gap’, with doctors knowing less about women’s health than men’s health, and a ‘trust gap’, meaning doctors are less likely to trust women patients. Women’s testimonies of regarding their symptoms are regularly downplayed or dismissed leading to delays in diagnosis and treatment. This ‘medical gaslighting’ stems from ingrained gender biases that have the most impact on women facing multiple marginalisation based on race, disability, class, sexuality, and of course, gender identity.

Trans women share these experiences of medical misogyny: they are likely to be reluctant to access medical care following physical or sexual assault for fear of facing discrimination and prejudice by frontline medical professionals. TransActual’s Trans Lives Survey 2021 found that 57% of trans people avoided going to the doctor when they are ill, and 29% had been refused care from gender or sex-specific NHS services because they are trans. In the US, almost half of trans people reported experiencing discrimination from their healthcare provider in the previous year. And while women with endometriosis report doctors prioritising their fertility over treating their pain, trans women are frequently told by doctors to wear lipstick and dresses in order to be ‘feminine enough’ for trans-affirming healthcare.

Not being believed by doctors when reporting symptoms leads to wider distrust in medical professionals. Perhaps therefore some cis women are easily swayed by new reasons to distrust their doctor: are they really a man? Are they going to, yet again, refuse to believe me when I disclose my symptoms, disclose my experience of assault, ask for a specific treatment?

Experience of being disempowered in healthcare potentially results in women turning to pseudo-science and disinformation. The wellness industry successfully targets women with alternative, unproven therapies who turn to these ‘treatments’ in desperation. Perhaps something similar is happening in the gender-critical movement. As in wellness communities, disinformation and conspiracy theories pervade gender-critical discourse. Women who have felt consistently disempowered when accessing medical care as a result of institutional misogyny in a system hollowed out through austerity may find solace and agency in a movement that provides an easy solution: remove trans women from ‘women’s spaces’.

But as the wellness industry generates billions of dollars in profits by convincing women to spend their hard-earned money on unproven therapies, gender critical movements offer an easy explanation for cis women’s experience of gender discrimination while eroding their rights behind the scenes. We know that that the gender critical movement is claiming to advance ‘women’s sex-based rights’ at the same time as joining forces with far-right movements. Not only do these movements seek to erode abortion rights and access to contraception, in rallying against so-called ‘gender ideology’, they advocate for the ‘traditional family’, opposing same-sex marriage and seeing women first and foremost as wives and mothers.

Just as cis women’s interests cannot be effectively pursued through far-right movements, nor can they be through ‘gender-critical feminism’. Imagine the power we – cis and trans women - could have if we had some solidarity and built coalitions around common goals. 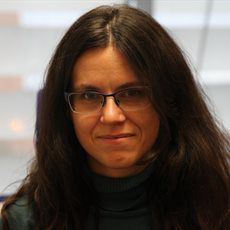