Arid regions like the Gulf need to find ways of limiting demand for water or face major water security problems.

With increasing populations and growing economies, arid regions like the Gulf need to find ways of limiting demand for water or face major water security problems in the near future.

That is according to Professor David Hannah, UNESCO Chair in Water Science at the University of Birmingham, who warned during a World Majlis at Expo 2020 Dubai, that focusing only on maintaining or increasing supply would not resolve water security issues.

Amid increasing concerns about climate change, Professor Hannah advised that progress could be made by reducing water demand in water-intensive sectors like agriculture and by making changes to individual behaviour.

Temperatures in the Middle East are increasing while rainfall is expected to decrease by up to 20 per cent over the next 50 years (compared to 1961-1990 benchmark period), placing further strain on water security in an already arid region.

Our health, wellbeing and livelihoods are interlinked with safe and sufficient access to clean water. The demand side is particularly important given how the region’s population has grown and daily water use in the UAE alone averages 550 litres per person a year, which is one of the world’s higher consumption rates. Re-using water will be key and behavioural change could help to limit demand, as could tighter regulation to encourage water conservation. We also need to consider the cost of water; our collective ability to value water remains inadequate, as we don’t yet reconcile fully the multiple benefits it brings and understand the various, and sometimes conflicting, values of water placed by different stakeholders.

Professor David Hannah, UNESCO Chair in Water Science at the University of Birmingham

In the Gulf region, agriculture - including ‘landscape greening’ and forestry - consumes large quantities of water, accounting for as much as 70 percent of demand, compared to 20 percent for households and 10 percent for industry.

The UAE is home to several innovative pioneers and global leaders in the field of sustainable water provision. Efforts have been made in the country to limit water consumption and the UAE has also become an important centre for hydroponic agriculture – growing plants in nutrient solutions, instead of soil and water, that use far less water than conventional agriculture.

Professor Hannah’s address focussed on the ‘Price of Water’, but also covered several areas for concern in region and beyond.

His contribution touched on the poor water quality crisis, which remains a pervasive problem. Humans are polluting water more rapidly and diversely than ever and there is a need for holistic water management and a move beyond regulating individual chemicals.

There are also emerging ‘wicked’ problems where water extremes of flood, drought and pollution can combine to create extreme situations with complex interactions of negative outcomes. Creating better, interconnected scenarios will help policymakers develop more effective ways of dealing with these situations.

Professor Hannah also pointed to the importance of updating our understanding of the water cycle. He noted that humans have limited understanding of how the water cycle really works and how we fit into it. Ensuring adequate water for humans and ecosystems will require co-ordinated efforts that extend beyond geopolitical borders and outlast individual administrations.

As part of his role as UNESCO Chair in Water Science, Professor Hannah is keen to improve education about the water cycle, including how water moves around the planet and how people influence this movement.

We have found that 85 per cent of diagrams do not depict people in the water cycle, despite the significant role humans have. There’s a lack of awareness of how people relate to water, which gives us a false sense of security about current and future availability of water.

Water Week at Expo 2020 Dubai takes place from 20-26 March and includes events and initiatives designed to explore how humans can protect our most precious resource – water. 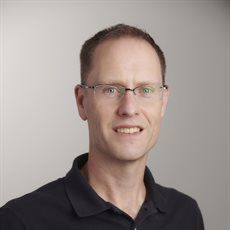