The ugly side of the beautiful game: does football have a social responsibility to tackle misogyny?

With recent examples of misogyny and toxic masculinity within football, does the game need to educate footballers on standards of behaviour, morality and law-breaking?

Far from being disregarded as an insignificant pastime, sport is now presented as an integral part of society; having significant social, cultural and economic value. Sport, in all its vibrant forms, matters. This includes aspects of international globalisation, world economics, mass media, and consumerism. We also expect a lot from our sports stars, often living vicariously through their successes and failures. So what happens when these high-profile sportspeople living in this rarefied world of public consumption break the rules, become the subject of a criminal investigation or worse convicted for a crime? Is there a link between sporting success, money, status and standards of behaviour, morality and law-breaking?

In the light of the recent case of Mason Greenwood, the Manchester United football player, suspended from the club after allegations of rape and sexual assault, I am moved to ask such questions. Similarly, Manchester City footballer Benjamin Mendy is also facing allegations of rape and sexual assault offences. Both these cases prompt me to ask uncomfortable, but critical questions about the wider issues of gender-based violence and entrenched misogyny in society as it relates to football.

While we can’t speculate on these allegations whilst the players are the focus of ongoing police investigations, it’s timely to reflect that, for sportspeople who live under the scrutiny of the media, the private becomes the public and the personal becomes political. In other words, either with or without their permission, high-profile sports stars act as ambassadors or role models for their sport. The privileged position of football in the national consciousness means that the behaviour and actions of players have consequences far beyond that of the individual. As a result, they contribute towards the (re)production of cultural attitudes, expectations, norms, and in this case, the perpetuation of misogyny and toxic masculinity in football culture. These concerns are well explored in Caudwell’s 2016 article Football and Misogyny, as well as a new study led by the University of Durham in 2022.

The old notion that sport is just a simple reflection of society is no longer relevant. Rather than perceiving sporting phenomena as an isolated microcosm of society, we see it as having agency and cultural power, with the capacity to enact social change.

One only has to be reminded of sport’s vital socio-political potential by Marcus Rashford’s advocacy and charity work in tackling child food poverty. In stark contrast to other footballers in the news, Rashford has used his privileged platform, wealth and social status to highlight pertinent issues, and with careful use of agency and the appropriation of the media, bring about changes in government policy.

What this means for victims of rape, or gender-based violence, is perhaps unclear, but it would be timely if popular sports like football acknowledges its social responsibilities and recognises its role in the perpetuation of extensive social problems like domestic violence. The escalation in domestic abuse after the conclusion of a football is well-documented and has been the focus of both media reports and in academia. One suggestion is that national governing bodies, the police, sports media, football clubs and individuals need to work more closely with women’s aid federations, offering a multi-agency approach to tackling domestic abuse. Indeed, it has already begun with the Football Against Domestic Violence campaign.

Furthermore, a more recent response to the spate of footballers being accused of perpetrating crimes against women was reported in The Guardian on 6 February 2022. Three feminist groups; Level Up, the End Violence Against Women Coalition and the Three Hijabs have sent a letter to the CEOs of the Football Association and the Premier League, calling time on violence towards women, demanding clubs suspend without payment those players suspected of abuse and bringing in a raft of changes such as clear sexual misconduct charges and a charter outlining basic standards. Pulling no punches, the letter states that it is “… time for the FA and the Premier League to confront a culture of gender-based violence” and to take positive action.

By acknowledging the potency of sport to harness structural change, promote policy reform and influence socio-economic politics, football could be seen as far more than an entertaining diversion and develop as a powerful political force. 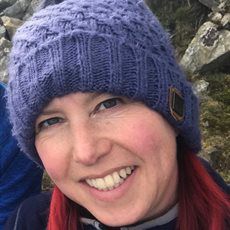