Pianist and university academic Dr Ceri Owen has taken a prominent role in events marking 150 years since the birth of Vaughan Williams.

Ceri is a Lecturer and Director of Performance in the University of Birmingham’s Music Department and also a leading expert on renowned twentieth-century composer Ralph Vaughan Williams.

She has collaborated with BBC Radio 3 to make two radio programmes in which she explores new perspectives on his life and music. The programmes were broadcast in May this year and repeated in October.

Ceri also drew together her performance and research expertise to give a lecture recital at the October Oxford Lieder Festival, one of Europe's leading song festivals. Together with mezzo soprano Stephanie Wake-Edwards, a recent graduate of the Royal Opera House's Young Artist Programme, Ceri performed songs by Vaughan Williams as well as by Ina Boyle, Rebecca Clarke, Ruth Gipps, Elizabeth Maconchy, and Grace Williams, all of whom studied with and/or were colleagues of Vaughan Williams. Ceri and Steph's aim, in part, was to celebrate the anniversary by shining a light on female composers in Vaughan Williams's circle, whose music has often been neglected.

Most recently, Ceri has co-edited and written chapters for a book of essays that place and explore Vaughan Williams's life and music in their social, cultural, and political contexts; the book will be published by Cambridge University Press.

Ceri's work ties in well with recent performances from the University of Birmingham's Philharmonic Orchestra, who performed music by Ralph Vaughan Williams and John Williams earlier this month, marking the celebration of both composers' birthdays. 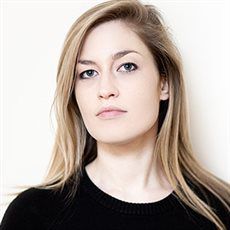