Influence of fake news is undermining public trust in democratic institutions, regardless of whether people believe it or not, new research finds.

Online ‘fake news’ is an existential threat to democracy - not because most people believe bogus content, but because of the corrosive effect it has on trust among citizens and their faith in democratic institutions representing them, according to a new study.

Since the UK’s Brexit Referendum and the election of Donald Trump as US President in 2016, fake news has become a significant source of concern with most commentators worrying about the uptake of false information by the consumers of fake news.

Surveys among voters also show widespread concern about fake news on social media platforms such as Facebook, but the real danger to democracy lies in people’s views that fake news is influential – regardless of whether that belief is true.

This means that the bogus stories do not even have to be believed by those who read them to have negative effects on democratic institutions. Instead, the fear that others will believe fake news is already sufficient to cause problematic damage to the democratic process.

Publishing his findings next week in The Journal of Ethics and Social Philosophy, University of Birmingham researcher Dr Merten Reglitz asserts that online fake news is symptomatic of a larger problem yet to be fully understood – namely, the enormous impact of the internet on democratic processes.

... the real danger lurks in the corrosive effect that these online lies have on citizens’ trust in their democracy

Dr Merten Reglitz, Centre for the Study of Global Ethics

Dr Reglitz commented: “Major democratic institutions, such as the UK’s House of Commons and the European Commission, have correctly identified fake news as a threat to their values and processes, but the real danger lurks in the corrosive effect that these online lies have on citizens’ trust in their democracy.

“Reputable polling evidence shows that fake news leads to a loss of trust of citizens in each other - a major cause of destabilising democratic processes and undermining the benefits that morally justify democratic institutions.”

The study highlights multiple surveys covering the United States and European Union showing widespread concern exists about the prevalence of fake news. Dr Reglitz argues that the knowledge such lies are circulating and could be accepted by others is sufficient to undermine citizens’ trust in each other.

Democracies are based on collective public decision-making giving people an equal say in the process - every citizen’s life is influenced by what others think is morally correct or factually true, because the quality of laws depends on the quality of judgment in those electing lawmakers.

Mutual distrust has grave consequences for democracy, as citizens may come to view laws, processes or even the democratic system itself as no longer worthy of respect, as they are seen to be based on the false beliefs and bad choices of a manipulated majority of voters.

“As an individual, if my distrust in others’ competence and sincerity reaches critical levels, I will stop trusting them to be capable of making joint decisions that fundamentally shape and determine my life,” commented Dr Reglitz.

“For example, if many people are misinformed about the risks and benefits of vaccines, they may elect politicians who restrict access to, or advocate against, vaccinations. My options then become limited, and my health remains under threat from circulating viruses, even though I correctly believe that the benefits of vaccines far outweigh their risks.”

The study notes that before Internet use became widespread, citizens had a relatively limited range of information sources such as newspapers and TV stations - creating greater information overlap, more ‘shared experiences’ and, in turn, less reason to worry about the beliefs of others.

Widespread internet access changed this situation, as citizens were confronted with vastly increasing sources of information, fewer shared experiences and the awareness that others might share fewer fundamental beliefs with them. 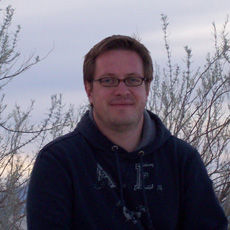