On Friday, 31 May 2022, Frank Uekötter delivered a lecture entitled “Forget Malthus. A Death-Defying Attempt to Rewrite Global Food History” as part of Heidelberg University’s Centre for Apocalyptic and Post-Apocalyptic Studies (CAPAS) Lecture Series 2022: Ending Worlds. He called for a critical assessment of apocalyptic discourses on food (and other issues), and he outlined the intellectual blueprint of the MaMoGH project. The following quotes capture the essence of his case for a new global history of food:

“Global modernity has produced the first society in world history where more people are obese than starving, and that has shaped minds, policies, and the stance of historians. If you engage with the history of food and agriculture nowadays, you inevitably gain a lifetime job explaining to your peers why your topic really matters. In world history terms, the vast majority of humans who ever lived on this planet were in the food business in one way or another – but you can easily get a history degree nowadays without ever hearing the word ‘food’ in class.”

“The apocalypse of food is not only a trope that is just out there – it is a trope that serves specific interests that we should name and discuss.”

“There is something about apocalyptic tropes that makes them remarkable immune to criticism and intellectual development. It would seem that apocalyptic thinking has an innate tendency to shock-frost ongoing debates; and there is reason to suggest that this is not just evident in conversations about food and population growth but that this is a defining feature of apocalypticism.”

“Two centuries after Malthus, there is no longer any question whether we have the means to feed eight billion humans: of course we do! However, the huge amounts of foodstuff are only half the story. When we look more closely at how food was produced around the world, we find an ever growing degree of specialization: on individual farms, in regions, and in a global economy that has traded agricultural products in huge amounts for centuries. Specialization has made food production more efficient, but it has also made it more vulnerable. [...] So when we talk about food in the modern era, we really need to talk about monoculture.”

“The common understanding of a resource crisis seems to thrive on a faint echo from the boom years of the 1950s and 1960s, when food and other resources were cheap and easy to get in every desired quantity – and even back then, the notion of carefree resources was only plausible from the viewpoint of the end user. The simple reality is that organic production regimes operate in perpetual crisis mode, and every agricultural producer is fighting battles on multiple fronts.”

“The happy farmer is the rarest of beasts in today’s world of agriculture, and for a reason. Monoculture is deeply ingrained in today’s farm production, and it is built into the technological infrastructure and in financial liabilities. Farming is one of the most capital-intensive business, and changing from one commodity to another usually means writing off a good share of previous investments. In other words, many agricultural producers are locked into a production regime that they can only leave at the risk of bankruptcy.”

“The genius of monoculture is about knowing a lot about plants and animals, technologies and markets – as well as knowing that there will be trouble and working on nonetheless. It’s a peculiar way of thinking and acting that is at work in the global food industry, and in trying to make sense of this mindset, I keep coming back to a quotation from Scott Fitzgerald: ‘The test of a first-rate intelligence is the ability to hold two opposed ideas in mind at the same time and still retain the ability to function.’ That is exactly what the genius of monoculture is all about: you need to make monocultures work somehow, and yet you know on another level that it cannot work in the long run.”

“There is a gaping intellectual vacuum at the heart of the modern food business. With monocultures all around the world, with different commodities in very different environments and the same tendency towards a focus on one and only one product, you might think that there is clear concept that underpins the endeavor – a theory of monoculture that explains how this can ideally work. Well, there is no such theory – and at the same time, there is plenty of empirical and conceptual evidence for the merits of biological diversity. That makes the global trend towards monoculture a veritable mission impossible, and we have to write the history of this global project accordingly. Monoculture may well be the greatest project of global modernity that humans have embarked upon without a decent blueprint.”

“Humans do not work well in the face of an intellectual vacuum, but there is a surrogate concept: the apocalyptic specter of mass starvation for lack of food. Invoking Malthus in words or in vulgarized form, by invoking the looming next famine, is the perfect way to deflect awkward questions about the rationale and the consequences of monoculture, in exactly the way that I outlined earlier: the apocalypse serves as the perfect way to shock-frost an inconvenient debate. Who would want to ask nasty questions about the men of monoculture, their expertise, their mindset, and their quest to make money, if they are the only thing that stands between us and mass starvation?”

“It is easy to blame farmers for what they do – but the real challenge is to retain an analytical focus on the business model, to explore what they do and why this mission impossible continues to stumble on. So the overarching goal of my monoculture product is to identify typical modes of crisis management, characteristic mindsets that we can identify in otherwise different monocultures, crucial incentives and obstacles, and we shall also inquire whether this production regime has a chance to stumble on in the future.”

“There are plenty of monocultures around the globe, and we have decent studies on quite a few of them – but they typically remain focused on a single commodity and a specific place or region, and these studies typically remain oblivious that there is a much bigger story in the background: that they are mere chapters in a global quest to make monocultures work against all odds. I think we can write much better case studies of individual monocultures if we start to realize how similar they really are, and maybe we can also make better agricultural policies if we are aware of these wider contexts.”

“Let me conclude by presenting you with the law that should guide the study of monoculture worldwide: ‘A resource arrangement that cannot work in theory can stumble on in practice.’ That is what I would like to call ‘Frank’s Law of Monoculture’ – and I hope that you appreciate the law as well as its acronym: FLOM. And no, it’s not a coincidence that you cannot cite FLOM without a smile.” 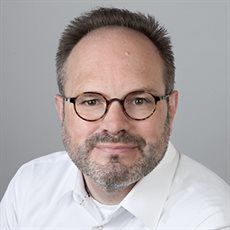