As the hotly ancitipated FIFA World Cup kicks off in Qatar, Dr Jason Haynes explores the scrutiny of the gulf state and FIFA about human rights violations

With just days to go before the highly anticipated 2022 FIFA World Cup commences, all eyes are on oil-rich Qatar, the World Cup hosts. In fact, since FIFA announced in 2010 that Qatar won the bid to host the 2022 World Cup, controversy has stirred over its legitimacy as a host nation, in light of myriad allegations of human rights violations.

Amnesty International, Human Rights Watch and several other human rights organisations have not spared words in their bleak description of Qatar as being unworthy of hosting one of the world’s biggest sporting events. These organisations have taken issue not only with Qatar’s criminalisation of same-sex relations and the impact that this will likely have on same-sex couples attending the games, but also the treatment of women, and of the thousands of immigrant workers, primarily from Asia and Africa, actively working on new stadia, metro stations, airports and hotels.

Since putting plans in motion to host the World Cup, Qatar has opened its borders to nearly 800,000 migrant workers, many of whom were recruited through unscrupulous recruitment agencies, and required to pay exorbitant recruitment fees. More problematic still are the many allegations of the ill-treatment of these migrant workers while in Qatar; many have been reportedly overworked, underpaid, and even worked to death in the unimaginably hot climate that characterises Qatar in the months leading up to the 2022 World Cup.

While Qatar has offered assurances that same-sex couples will not be criminalised while in Qatar, even where they share the same room, and that authorities are restricting the services offered by recruitment agencies, human rights campaigners remain concerned that these do not go nearly far enough.

Despite Qatar’s condemnation of the hypocrisy of the West for criticising its best efforts, noting the inherent geopolitical bias associated with its selection as World Cup host as a small country in the Middle East, human rights campaigners continue to voice concerns that Qatar’s human rights record has not improved enough to justify its hosting of the World Cup.

Not only has Qatar come under intense scrutiny, but so too has FIFA, which has been accused of bribery in the selection of Qatar in the first place, as well as being complicit in human rights violations itself. FIFA has, in turn, acknowledged that human rights concerns do arise, but has urged all concerned to focus on the World Cup, as football ought to be a politically neutral activity.

From a labour law/human rights perspective, it is important to note that over the last decade, the ‘decent work’ paradigm has dominated labour law’s stance on the employment of migrant workers. Despite this welcome paradigm shift, it is regrettable that states like Qatar have been able to circumvent basic labour standards (fair salary, adequate working conditions, and protection from ill-treatment etc) in their hosting of mega events.

Those thousands of migrant workers, from particularly vulnerable communities, have been forced to work in sometimes desperate conditions should arouse the collective condemnation of the international community who have an obligation to promote human rights. That said, what is evident from this state of affairs is that the commitment to delivering a ‘spectacle’, which is closely linked to power, money and influence, is the overriding consideration when determining the extent to which rights are protected in the sporting arena. Human rights, in short, are merely secondary and capable of being sacrificed on the altar of sporting expediency.

Human rights, in short, are merely secondary and capable of being sacrificed on the altar of sporting expediency.

While certain players and teams have expressed concerns about the state of human rights in Qatar and have intimated their desire to take protest action, they are constrained by the principle of neutrality, coupled with contractual ‘no disrepute clauses’ or ‘morality clauses’, which restrict the extent to which they may engage in on, and off-the-field advocacy. The question arises, then, as to the proper place of advocacy by players on social justice issues in sport. Might the time have finally come for sporting federations, like FIFA, to recognise that sport is a microcosm of society, and thus cannot be completely shielded from the happenings in its immediate surroundings?

The bigger question rests with FIFA as to the extent to which its due diligence procedures in selecting host nations work in practice, given that there have been repeated examples – both from Brazil in 2014 and Russia in 2018 – of state complicitly in human rights violations in the lead up to the World Cup. On the one hand, FIFA’s commitment to diversity and inclusion necessitates that it affords opportunities to multiple nations to host its events, but at the same time, inclusion should not displace its commitment to human rights in its host nations. Although FIFA has indicated that the focus must be redirected to the games, rather than the political situation of a particular host, it will certainly be interesting to see whether its stance changes as the ‘boycott’ mantra gathers momentum globally. Perhaps a loss of revenue on account of a boycott for complicity in failing to respect, protect and fulfil human rights might be the only way to persuade FIFA, and, indeed, other international sporting federations, that human rights are not merely ‘nice to haves’, but genuine entitlements which should inure to all concerned, especially vulnerable communities, before, during and after mega sporting events. In short, the legitimacy of FIFA is fundamentally in question.

The final question which arises is - has the time come for international federations, like FIFA, to be called out and held accountable for aiding and abetting ‘sports-washing’ (the practice of using sporting events to improve a host nation’s standing on the world stage and distract from human rights abuses and other issues)?

From a principled perspective, the answer is a resounding YES. 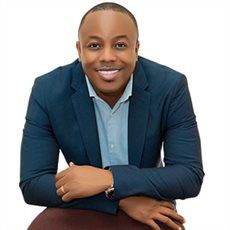