The oscillations in binary neutron stars before they merge could have big implications for the insights scientists can glean from gravitational wave detection.

Researchers at the University of Birmingham have demonstrated the way in which these unique vibrations, caused by the interactions between the two stars’ tidal fields as they get close together, affect gravitational-wave observations. The study is published in Physical Review Letters.

Taking these movements into account could make a huge difference to our understanding of the data taken by the Advanced LIGO and Virgo instruments, set up to detect gravitational waves – ripples in time and space – produced by the merging of black holes and neutron stars.

Since the first gravitational waves were detected by the LIGO Scientific Collaboration and Virgo Collaboration in 2016, scientists have been focused on advancing their understanding of the massive collisions that produce these signals, including the physics of a neutron star at supra nuclear densities.

Dr Geraint Pratten, of the Institute for Gravitational Wave Astronomy at University of Birmingham, is lead-author on the paper. He said: “Scientists are now able to get lots of crucial information about neutron stars from the latest gravitational wave detections. Details such as the relationship between the star’s mass and its radius, for example, provide crucial insight into fundamental physics behind neutron stars. If we neglect these additional effects, our understanding of the structure of the neutron star as a whole can become deeply biased.”

These refinements are really important. Within single neutron stars we can start to understand what’s happening deep inside the star’s core, where matter exists at temperatures and densities we cannot produce in ground-based experiments.

Dr Patricia Schmidt, co-author on the paper and Associate Professor at the Institute for Gravitational Wave Astronomy, added: “These refinements are really important. Within single neutron stars we can start to understand what’s happening deep inside the star’s core, where matter exists at temperatures and densities we cannot produce in ground-based experiments. At this point we might start to see atoms interacting with each other in ways we have not yet seen – potentially requiring new laws of physics.”

The refinements devised by the team represent the latest contribution from the University of Birmingham to the Advanced LIGO programme. Researchers in the University’s Institute for Gravitational Wave Astronomy have been deeply involved in design and development of the detectors since the programme’s earliest stages. Looking ahead, PhD student Natalie Williams is already progressing work on calculations to further refine and calibrate the new models. 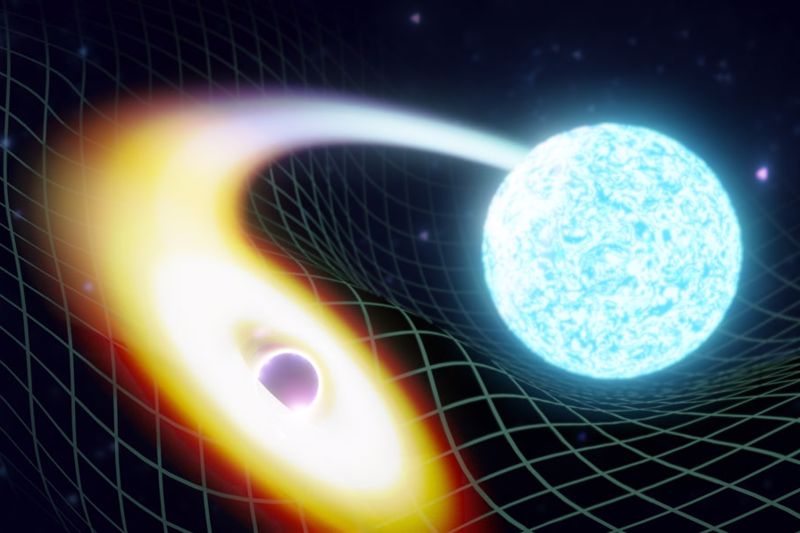 The odd couple: a groundbreaking new discovery from gravitational whispers

Two gravitational wave signals from an entirely new class of cosmic collisions have been discovered by researchers working on the Advanced LIGO and Advanced ...