The annual event, which is organised by B Events, took place on 11 October at the Eastside Rooms, Birmingham. Deb Leary OBE hosted the evening.

I’m really honoured to have received this reward. The University of Birmingham Bootcamps were conceived to solve the tech-skills deficit across the Midlands by giving people in the region the opportunity to undertake high intensity training to upskill and embark on new, potentially life-changing careers. The innovative ‘Women in Tech Scholarships’ and ‘Minorities in Tech Scholarships’, funded by the West Midlands Combined Authority (WMCA), go one step further and actively seek to engage under-represented groups in the career areas of the future. I have led numerous projects to improve inclusion and access within Higher Education, and I am proud that the Bootcamp programme is truly delivering at scale. Its success is possible through the dedication and skills of the team at the University of Birmingham (particularly Steve Allmark, University PGT lead) and the team at 2U ( Ben Garner, and Dan Williams).

Professor Nicola Wilkin, Professor of Physics and Director of Education, College of Engineering and Physical Sciences, University of Birmingham

Nicola Wilkin is a Professor of Physics and Director of Education, responsible for the Engineering and Physical Sciences portfolio at the University of Birmingham.  She is a recognised educational leader globally for the inclusion initiatives she has sponsored at all levels of access to education.

Nicola is the recent Chair of the national Physics equality programme. She has created and led on the philanthropic work for a fully funded foundation year at the University of Birmingham to enable access to the undergraduate programmes she is responsible for, and works with local schools and colleges to identify potential students.

Claire Davis, who recently completed a University of Birmingham Boot Camp, was also recognised by the Awards. Claire was a finalist in the Apprenctice award. Since completed the boot camp, she is now working for UCAS as an apprentice software engineer.

Undertaking the bootcamp at the University of Birmingham was an opportunity to learn up-to-date skills that are relevant to the digital work environment, and therefore enable me to not only re-enter the workplace after 20 years, but enter into a new to me field, and feel that I can make a difference. To then be a finalist for the Midlands Women in Tech Apprentice Award was such an honour. People keep telling me that retraining into a tech field as a middle-aged woman is “inspirational”. I would argue it is simply taking advantage of the opportunities that present themselves and not letting age or gender hold you back. Following the bootcamp I started a software engineering apprenticeship at UCAS, which has been a great next step from the bootcamp. Easing me in to applying my learning to the much larger scale of the work environment, and allowing me to contribute to helping create a new project within UCAS meaning that apprenticeships will eventually be available to applied to through UCAS.

Launched in 2019, the Women in Tech Awards aims to inspire the next generation of women in the technology industry and through celebrating those currently paving the way, will hopefully help bring about a more equal and representative world, especially within the Midlands and throughout the UK.

At total of 12 women were recognised on the night. The winners were drawn from a diverse field, including education, public service and industry. The full list of winners can be found on the Women in Tech Awards website. 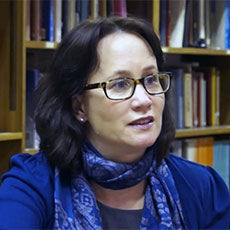