Astronomers have determined the source of an incredibly bright X-ray, optical and radio signal appearing from halfway across the Universe.

The signal, named AT 2022cmc, was discovered earlier this year by the Zwicky Transient Facility in California. Findings published today in Nature Astronomy, suggest that it is likely from a jet of matter, streaking out from a supermassive black hole at close to the speed of light.

The team, including researchers from MIT and the University of Birmingham, believe the jet is the product of a black hole that suddenly began devouring a nearby star, releasing a huge amount of energy in the process. Their findings could shed new light on how supermassive black holes feed and grow.

0:03 The gravitational forces near a black hole are so strong that when an unlucky star passes too close, it can get ripped apart.

The resulting stellar debris can rain onto the black hole and send it into a feeding frenzy. Contrary to intuition, at such high accretion rates the black hole may actually launch a stream of high speed particles that accelerate away from the black hole in the form of a jet.

Although these events are rare, they hold the key to understanding how black holes launch jets, and what these jets are made of.

Recently, an international team of astronomers have captured the birth of a jet from a black hole from an epoch when the Universe was just 1/3rd its present age. While an in-depth analysis of the exquisite data acquired is yet to be realized, preliminary modeling shows that the newly launched jet is pointed directly at us, moves at very close to the speed of light, and has unusually low magnetic field strength. This unusually low strength of the magnetic field is a challenge to our theoretical understanding of jets,which are thought to require strong magnetic fields in order to be launched and collimated.

In the coming years as highly sensitive all-sky surveys come online,many more such jet launching events are expected to be discovered. With astronomers getting better at coordinating a global network of telescopes they hope to crack the puzzle of how black holes launch jets,1:41and in the process uncover hidden black holes in the early universe.

Astronomers have observed other such “tidal disruption events,” or TDEs, in which a passing star is torn apart by a black hole’s tidal forces. However AT 2022cmc is brighter than any TDE discovered to date, and is also the farthest TDE ever detected, at some 8.5 billion light years away.

The team measured the distance to the AT 2022cmc using the European Southern Observatory’s Very Large Telescope, in Chile.

Dr Matt Nicholl, associate professor at the University of Birmingham, said: “Our spectrum told us that the source was hot: around 30,000 degrees, which is typical for a TDE. But we also saw some absorption of light by the galaxy where this event occurred. These absorption lines were highly shifted towards redder wavelengths, telling us that this galaxy was much further away than we expected!”

Because AT 2022cmc was so bright and lasted so long, we knew that something truly gargantuan must be powering it – a supermassive black hole.

How could such a distant event appear so bright in our sky? The team says the black hole’s jet may be pointing directly toward Earth, making the signal appear brighter than if the jet were pointing in any other direction. The effect is “Doppler boosting,” and is similar to the amped-up sound of a passing siren.

AT 2022cmc is the fourth Doppler-boosted TDE ever detected and the first such event that has been observed since 2011. It is also the first boosted TDE discovered using an optical sky survey. As more powerful telescopes start up in the coming years, they will reveal more TDEs, which can shed light on how supermassive black holes grow and shape the galaxies around them.

Following AT 2022cmc’s initial discovery, the team focused in on the signal using the Neutron star Interior Composition ExploreR (NICER), an X-ray telescope that operates aboard the International Space Station.

“Things looked pretty normal the first three days,” recalls Dheeraj “DJ” Pasham, who was first author on the study. “Then we looked at it with an X-ray telescope, and what we found was, the source was 100 times more powerful than the most powerful gamma-ray burst afterglow.”

Typically, such bright flashes in the sky are gamma-ray bursts — extreme jets of X-ray emissions that spew from the collapse of massive stars.

Dr Benjamin Gompertz, assistant professor at the University of Birmingham, led the gamma-ray burst comparison analysis. “Gamma-ray bursts are the usual suspects for events like this.” he said. “However, as bright as they are, there is only so much light a collapsing star can produce. Because AT 2022cmc was so bright and lasted so long, we knew that something truly gargantuan must be powering it – a supermassive black hole.”

The extreme X-ray activity is believed to be powered by an “extreme accretion episode” when the shredded star creates a whirlpool of debris as it falls into the black hole. Indeed, the team found that AT 2022cmc’s X-ray luminosity was comparable to, though brighter than, three previously detected TDEs.

“It’s probably swallowing the star at the rate of half the mass of the sun per year,” Pasham estimates. “A lot of this tidal disruption happens early on, and we were able to catch this event right at the beginning, within one week of the black hole starting to feed on the star.”

“We expect many more of these TDEs in the future,” co-author Matteo Lucchini adds. “Then we might be able to say, finally, how exactly black holes launch these extremely powerful jets.”

Dr Graham Smith, Reader in Cosmology at the University of Birmingham, said: "The brightness of AT2022cmc caused excitement that it might be gravitationally lensed, making it the first ever discovery of a gravitationally lensed TDE, whilst we have ruled out this exciting interpretation for this particular object we are looking forward to many such discoveries with the upcoming Vera C. Rubin Observatory”.

Other Birmingham scientists who contributed to this paper were Dr Samantha Oates, and PhD researchers Aysha Aamer, Evan Ridley and Xinyue Sheng. 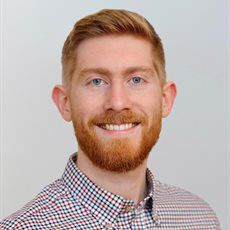 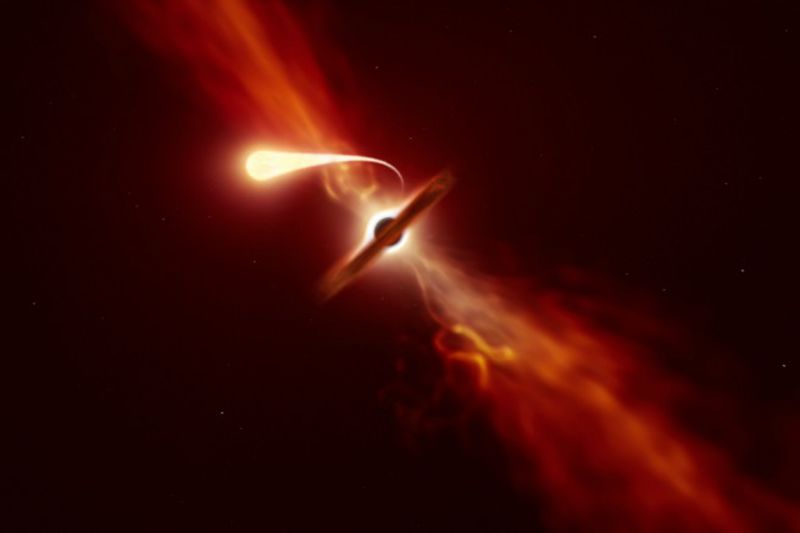 A rare blast of light, emitted by a star as it is sucked in by a supermassive black hole, has been spotted by scientists using telescopes from around the world.