Organic aerosols – such as those released in cooking – may stay in the atmosphere for several days due to nanostructures formed by fatty acids as they disperse.

By identifying the processes which control how these aerosols are transformed in the atmosphere, scientists will be able to better understand and predict their impact on the environment and the climate.

Experts at the Universities of Birmingham and Bath have used instruments at the Diamond Light Source and the Central Laser Facility, both based at the Harwell Campus in Oxford, to probe the behaviour of thin films of oleic acid – an unsaturated fatty acid commonly released when cooking.

In the study, published in Atmospheric Chemistry and Physics, they were able to analyse the particular molecular properties that control how rapidly aerosol emissions can be broken down in the atmosphere.

Then, using a theoretical model combined with experimental data the team was able to predict the amount of time aerosols generated from cooking may hang around in the environment.

These types of aerosols have long been associated with poor air quality in urban areas, but their impact on human-made climate change is hard to gauge. That’s because of the diverse range of molecules found within aerosols, and their varying interactions with the environment.

By identifying the nanostructure of molecules emitted during cooking that slows down the break-up of organic aerosols, it becomes possible to model how they are transported and dispersed into the atmosphere.

“Cooking aerosols account for up to 10 per cent of particulate matter (PM) emissions in the UK. Finding accurate ways to predict their behaviour will give us much more precise ways to also assess their contribution to climate change.”

Co-author Dr Adam Squires, of the University of Bath, said: “We’re increasingly finding out how molecules like these fatty acids from cooking can organise themselves into bilayers and other regular shapes and stacks within aerosol droplets that float in the air, and how this completely changes how fast they degrade, how long they persist in the atmosphere, and how they affect pollution and weather.”

The research was funded by the Natural Environment Research Council and the data was produced and analysed using the University of Birmingham’s BlueBEAR high performance and high throughput computing service. BlueBEAR employs some of the latest technology to deliver fast and efficient processing capacity for researchers while minimising energy consumption by using direct, on-chip, water cooling. 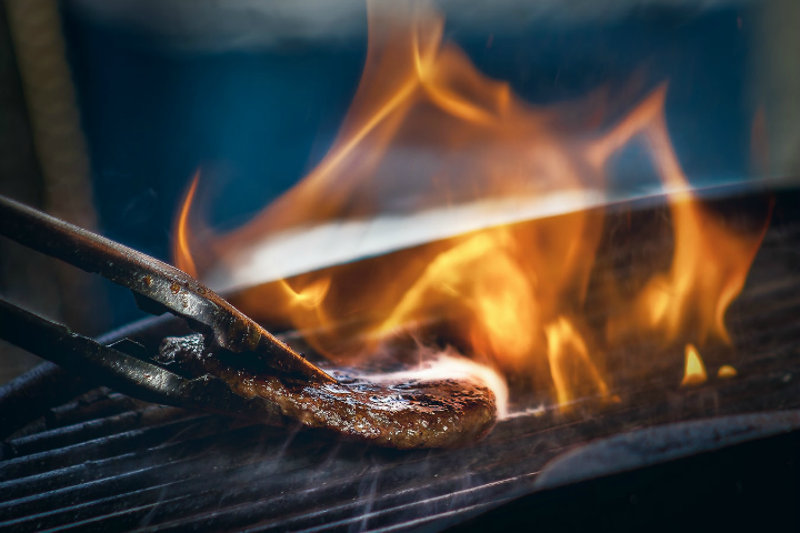 Pollution from cooking remains in atmosphere for longer - study

Particulate emissions from cooking stay in the atmosphere for longer than previously thought, making a prolonged contribution to poor air quality and human h...