Autistic people have strong preferences for terms to describe autism, with unpopular terms including ‘having autism’ or having an ‘impairment’ or ‘disorder’.

Researchers from across the U21 Autism Research Network, led by a team at the University of Birmingham, carried out a survey of over 650 English-speaking autistic adults across the globe to explore their linguistic preferences. The findings, published in Autism Research, highlighted a number of clear recommendations. The paper represents the first global study into autistic language preferences.

Lead author, Connor Keating, from the University of Birmingham’s School of Psychology, said: “Over the past two decades there has been much debate around how to talk about autism. Our study aimed to investigate the preferences of autistic adults from multiple countries on a broad range of terms, and the reasons underlying these preferences, to help us to understand what language should be used.

“Although we found that some terms were more popular than others, there was no universally accepted way to talk about autism. Due to this variability, many participants highlighted that talking to autistic people and finding out their individual preferences will always be the best way to achieve effective communication.”

Although we found that some terms were more popular than others, there was no universally accepted way to talk about autism. Due to this variability, many participants highlighted that talking to autistic people and finding out their individual preferences will always be the best way to achieve effective communication.

The authors suggest that in scenarios where it is not possible to gain clarification on personal preferences, people consider two things: which terms are preferred by the majority of the autistic community; and the ideas or reasons underlying certain preferences.

The research showed that terms such as “Autistic person”, “Is autistic”, “Neurological/Brain Difference”, “Differences”, “Challenges”, “Difficulties”, “Neurotypical people”, and “Neurotypicals” were among those most favoured by the survey group.

In contrast, terms that were unpopular included “Asperger's syndrome”, “Person with autism/ASD/ASC”, “Has autism”, “Disease”, “Disorder”, “Deficits” and “Impairments”, and “Typical people”.

Significantly, although “Asperger’s syndrome” was popular among some individuals initially diagnosed using this terminology, for others it had extremely negative connotations with a eugenical Nazi regime.

Similarly, a large number of respondents disliked the use of functioning labels. Participants reported that these terms are divisive, as they unnecessarily segregate autistic people, inaccurate, as functioning varies across time and situations, and harmful as it leads to so-called “high-functioning” individuals missing out on support and “low-functioning” people being infantilised or ignored.

Although there was variability in language preferences across the individuals surveyed, there was a clear overall preference for ‘identity first’ terms. These terms, including ‘autistic person’, or ‘neurodivergent person’, were perceived as better acknowledging that autism is a core part of a person’s identity, like gender or ethnicity.

In contrast, ‘person first’ language – ‘person with autism’, for example, was often judged to promote stigma, reinforcing the notion that autism is a defect that must be removed from the individual.

Senior author, Dr Sophie Sowden, Assistant Professor at the University of Birmingham, commented: “This study is a starting point in representing the voices of the global autism community in research. However, more work still needs to be done to ensure autism research is diverse and inclusive. The U21 Autism Research Network aims to ask research questions that are endorsed by the global autism community and our ongoing research explores the perspectives of those from more diverse ethnic, cultural and linguistic backgrounds.”

The team has also produced an accessible summary, ‘Which terms should be used to talk about autism?’ 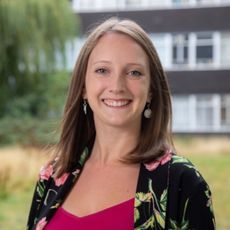