Not Seen, Not Heard: Do we need longer-term solutions for mobile phones in secondary schools?

As yet, there is limited evidence on whether restricting or permitting mobile phone use during the school day influences student mental wellbeing, physical activity, sleep, classroom behaviour, and/or attainment. Mobile phones are, however, likely to be a substantial part of everyday life for this generation, being powerful tools both inside and outside of the school environment. Understanding the effects of different phone policies is crucial for guiding schools in their development of mobile phone policies, as well as developing wider strategies to support wellbeing, learning, and behaviour. It is therefore important that we consider the guidance and advice presented to schools in relation to the use of mobile phones, and that we find ways to support schools in developing practices to ensure phone use promotes positive mental wellbeing both inside and outside of school.

Messages from the UK government have been mixed for mobile phone use in secondary schools. In 2021, the government announced plans for a blanket ban on smartphones in schools. While supported by some, others, including the Association of School and College Leaders, condemned this plan. They felt it was outdated, out of touch and that schools already had student phone use under control, particularly as it was something they had been dealing with for many years. Early in 2022, the UK government then abandoned this plan, instead suggesting that school headteachers should decide on their own phone policies.

Data suggests that there is a growing trend towards schools becoming more restrictive regarding their students’ mobile phone use. When reviewing school mobile phone policies as part of our SMART Schools Study, we too have seen a sharp decline in the number of schools that allow mobile phone use at school (i.e. during lunch or break times), which at present is approximately only 10% of schools out of our sample of 1343 schools. We are continuing to notice a reduction to this on a weekly basis, with many schools changing from a permissive to a restrictive approach. By favouring the notion that phones should be “not seen, not heard”, it indicates a position that mobile phones are detrimental for students during the school day. Yet, we do not yet know if they are detrimental, and there is some evidence that mobiles phones are beneficial to student wellbeing, learning and behaviour when used in an educational context.

A study conducted in Sweden, in which rates of mobile phone ownership among those aged 15-16 are comparable to the UK, found that banning mobile phones in secondary schools had no impact on the improvement of student performance. Similarly, integrating the use of mobile phones into an educational context can contribute towards regulating the use of mobile phones in students, even improving student achievement in lower socio-economic settings, and developing digital resilience strategies to be safe online. Integrating access to digital technology such as mobile phones can also promote digital literacy skills and present an innovative learning opportunity that can be valuable in this increasingly technology immersed culture.

Despite this evidence, another trend seen in schools, which is in addition to changing their phone policies to be more restrictive, is to adopt a period of ‘digital detox’, or a temporary abstinence from mobile phone use, which again signifies an unfavourable opinion towards phone use. Like the lack of guidance and evidence around permitting or restricting mobile phones, it is unclear if a detox from mobile phones actually promotes mental wellbeing. Schools appear to undertake these for several different reasons, and they vary in terms of length, scope, and who enforces them. One example we have heard about is a school enforcing a two-week digital detox in order to ‘test-drive’ a restrictive approach to phone use. Until now, students at this school have been allowed to use their phones during lunch and break times, but under their digital detox rules, phones are no longer allowed to be used at all during school hours. This has allowed the school to ease students into a restrictive approach, rather than implementing an immediate ban.

Another driving factor behind schools’ decisions to employ a mobile phone detox is their concern for student wellbeing. Many schools encourage a ‘digital detox day’ as part of Children’s Mental Health Week, during which it is common for schools to encourage time away from all screen types and to prioritise spending time outdoors or with families. Similarly, a school in Stroud undertook a digital detox due to their concern that smartphones and activity trackers were leading to addictions to social media and to counting calories. During their weeklong detox, students were asked to give up using their smartphones and activity trackers (i.e. Fitbit watches) at school and at home. Students reported that not having their phone felt strange initially, but by the end of the week they no longer missed it. Benefits from this detox were also reported, including having more free time, feeling less stressed, being less distracted, and having better quality sleep.

While most of these digital detox approaches were enforced upon students by their teachers, a school in London have instead provided a ‘digital drop’. This is where students have made their own decision to lock their smartphone away securely at school for a time that suits them, be it days, weeks, or even months. Dubbed a ‘phone amnesty’, the school reports that up to half of their year 11s have voluntarily left their phones in the locked box and some won’t get them back until after exams. Students have reported that not having their smartphone has generally made their lives better. Benefits included improved sleep quality, spending more time with family, less homework distraction caused by incoming notifications, and not being constantly worried about putting up a perfect online image. This school’s approach begs the question, do students really need rules to regulate their phone use at all?

Although sometimes met with apprehension by students, these examples suggest that digital detoxes within schools might show some promise. Unfortunately, however, research into digital detoxes with adolescents is sparse, and it predominantly incorporates detoxes from social media sites, not a total phone detox. One study has shown that compared to older students (college, university), high school students show more readiness for shorter detoxes from social media rather than lengthier ones. In another study with young adults (aged 18 to 35), it was found that voluntarily detoxing from social media sites and using a digital detox app can be valuable for preventing harmful effects on well-being, alongside reducing the risk of compulsive smartphone use. A systematic review exploring 21 studies from across the globe (mostly conducted with university students), also showed a decrease in the duration of smartphone or social networking/instant messaging use during the intervention period, and a decline in depression symptoms after the intervention.  However, the lack of evidence base pertaining to adolescent digital detoxes means that no clear answers are available yet about their effectiveness for school aged students.

Despite the lack of clear evidence, digital detoxes are becoming a popular tool for schools, who use them to test-drive alternative phone policies, or to give students a break from their phone to focus on their mental health or their learning, perhaps at important times like during exam season. In addition, they are often promoted to parents on school websites and in parent magazines. What these detoxes have in common is that they demonstrate a position that mobile phones are detrimental for students when used during the school day, and thus need to be removed from an educational context. But do we really know that mobile phones are detrimental in an educational context? And have the positives of mobiles phones in an educational and mental wellbeing context been made clear?

What is clear from reviewing schools’ mobile phone management strategies as part of the SMART Schools Study, is that there are many different approaches used but there is limited research evidence upon which to support one approach over another. However, mobile phones are, and likely will continue to be, a part of everyday life for this generation. They also have the potential to be powerful tools, which could help to enrich the curriculum for secondary school students. Schools therefore urgently need guidance and advice on how to support the use of mobile phones, informing the schools mobile phone policy in a way that can promote positive mental wellbeing, physical activity, attainment, and sleep. As this current generation of secondary school students are growing up in a world immersed by such technology, education may be the key to enable them to learn how, when, and why, to monitor their own time spent on their devices.

It is therefore important to consider how mobile phones are managed in schools. What are you doing in your school, or your child’s school, and do you think it’s effective? What behaviours are your school’s rules influencing, and how does it affect their well-being? Are students/your children prepared for a technology-immersed future?

The SMART Schools Study is therefore very timely, as we need to understand both the benefits and risks associated with mobile phone use within schools, to help inform future policies. The study is currently underway, starting its recruitment across 1,343 schools across England. We have also successfully recruited 3 schools so far, beginning our exciting data collection within these schools.

We are very keen to work with schools that both restrict and permit the use of mobile phones at school, to explore the different ways in which mobile phone and social media use are managed. If you work in a secondary school and are interested in taking part in this timely study, get in touch with the research team at smartstudy@contacts.bham.ac.uk

Dr Victoria Goodyear is the co-lead of the SMART Schools Study, taking place at the School of Sport, Exercise and Rehabilitation Sciences, University of Birmingham. We caught up with Dr Goodyear to ask her some questions.

What is your academic background?

I previously taught in a secondary school in Buckinghamshire as a physical education teacher, and at a time when only a few students had phones and these were collected at the start of the PE lesson in the valuables tin with jewellery and wallets/purses. Since then, I have worked at the University of Bedfordshire, and I joined the University of Birmingham in 2015 and my role now is an Associate Professor in Sport, Physical Activity and Health in the School of Sport, Exercise and Rehabilitation Sciences.

Why are you interested in the use of mobile phones in secondary school?

When I talk to young people they often tell me about the importance of phones and social media in their lives, for peer communication, learning and entertainment. They couldn’t be without their phones! I grew up with a mobile phone, but this was the era of the Nokia 5210, and I could only text when I had credit. Most of the time I used my phone to play snake. Phones are one aspect of young people’s lives that have changed dramatically in the last 10 years, and there are clear gaps between adults and young people’s uses, experiences and understanding of phones. My interest in phones is grounded in finding ways to support young people to experience the benefits of phones for their learning, health, and wellbeing, but at the same time, finding ways to minimise potential risks.

Can you tell us an interesting fact about yourself?

I have a miniature dachshund called Marmite, and he frequently features on my Instagram feed.

What you enjoy doing in your spare time?

Walking Marmite, going to the gym, and taking my son to the park. 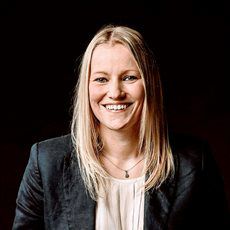 Senior Lecturer in Pedagogy in Sport, Physical Activity and Health

Senior Lecturer in Pedagogy in Sport, Physical Activity and Health