New research published in Nature Communications has found that a protein called Filamin A is responsible for guiding receptors to their correct places in brain cells. These receptors control brain activity in response to GABA, the main inhibitory neurotransmitter in the brain.

GABA plays a critical role in the brain including controlling bodily movements and the transmission of pain. By activating specific receptors in the brain, GABA maintains proper brain activity by slowing down electric impulses as they travel between brain cells.

The discovery that protein Filamin A is involved in positioning these receptors to the right place could enable researchers to develop new therapies to manage a range of neurological disorders including Multiple Sclerosis.

Davide Calebiro, Professor of Molecular Endocrinology at the University of Birmingham and lead author of the paper said:

“Filamin A answers a question that scientists have been asking about how GABA is able to control a range of functions in the brain. By acting like an anchor that precisely positions GABA-B receptors where they are needed, it allows GABA to modulate a whole host of brain functions that are implicated in multiple neurological diseases.

“While the GABA-A receptor get most of the attention as it mediates rapid GABA responses, twin brother B that mediates slower responses is a hugely potential drug target, and our findings could have significant impacts in treating everything from multiple sclerosis to epilepsy.

Our findings could have significant impacts in treating everything from multiple sclerosis to epilepsy.

“Moreover, we hypothesise that defects in Filamin A could impair the normal localisation of GABA-B receptors in neurons, disrupting the correct processing of signals in the brain and ultimately leading to the brain not being able to communicate effectively with the rest of the body.”

Filamin A’s role in GABA activity was found thanks to new pioneering research methods developed at the Centre of Membrane Proteins and Receptors (COMPARE), a research institute of the University of Birmingham in partnership with the University of Nottingham.

In particular, the use of single molecule and super resolution microscopy approaches developed by the Calebiro lab have enabled the research team to directly follow individual receptors and Filamin molecules as they interact on the surface of living cells with unprecedented detail. 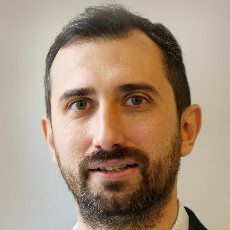