Ray-finned fish, now the most diverse group of backboned animals, were not as hard hit by a mass extinction event 360 million years ago as previously thought.

The extinction event that ended the Devonian period corresponds to a major change in the kinds of fishes populating ancient seas and lakes. Ray-finned fishes, the staple of the aquarium and dinner table, were uncommon before this major crisis, and their success had been linked to new opportunities in the aftermath of the extinction.

After the extinction, in a period called the Carboniferous, the once rare ray-fins make up a sizeable percentage of fish species. These new Carboniferous fishes also show features indicating more diverse diets and styles of swimming.

A new study in Nature Ecology and Evolution, however, suggests that this shift might not have been as stark as a literal reading of the fossil record suggests. What at first seems like a sudden explosion of diversity instead appears to have had a long—but previously undetected—fuse.

In the study, the researchers investigated a tiny fossil specimen from the Late Devonian period, around 370 million years ago. The fossil, named Palaeoneiros clackorum, was found in the US state of Pennsylvania over a century ago. It had previously received little attention because of its size: at only 55 mm long it was too small to study via conventional means.

However, using CT scanning technology, the team was able to peer inside the fossil’s tiny skull and discover features that showed where Palaeoneiros fit in the family tree of fishes. To their surprise, it showed specific internal details not found in Devonian ray-fins, but instead typical of younger species from the Carboniferous.

This would mean the ray-finned fish started to diversify much earlier during the Devonian period, accumulating small but important changes to the internal structure of the head. These occurred before the outwardly obvious changes appearing during the Carboniferous including new kinds of teeth and highly specialized bodies shaped like everything from eels to angelfish.

These findings overturn previous assumptions about species diversification around the boundary of the Devonian and Carboniferous periods.

Lead researcher Dr Sam Giles said: “These findings overturn previous assumptions about species diversification around the boundary of the Devonian and Carboniferous periods. It shows a much more complex picture in which, rather than just a handful of survivors, we can see hints of extensive diversification and survival from one period into the other.”

These results suggest that further investigation of other neglected fossils might provide more clues about how ray-finned fishes responded to the extinction at the end of the Devonian. Dr Giles and her colleagues look to apply a similar approach to other specimens they have identified, with the goal of better understanding this critical time period. “The fossil record provides us with a remarkable opportunity to see how biology responds to major environmental crises,” Dr Giles said. “And I think we’re getting closer to figuring out how—or if—this spectacularly diverse group’s rise relates to one of the most catastrophic extinctions in Earth’s history.” 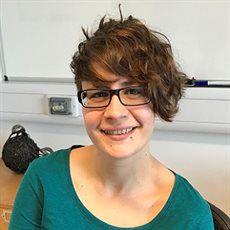