The UK 's plan to transfer asylum seekers to Rwanda topped media and political agenda in the week preceding International Refugee Week. The British authorities suffered a humiliating legal setback to the plan to transfer asylum seekers to Rwanda. The first flight was cancelled minutes before take-off after a late intervention from the European Court of Human Rights. Due to multiple legal challenges, of the over 130 asylum seekers who were served deportation orders by the UK government in the preceding weeks, only a handful were on board before the flight was eventually cancelled.

Professor Nando Sigona was interviewed by the Associated Press, Al Jazeera, ABC radio and other international media on the UK government’s Rwanda Plan. What follows is an edited summary of the points made in the interviews.

The Rwanda Plan undermines the spirit of the 1954 Geneva Convention. Measures like this one are basically saying we no longer want to comply with the international legal obligations that comes from being party to the Convention.

The new National Border bill has made claiming asylum in the UK de facto impossible by criminalising unauthorised entry in the country, while at the same time closing most if not all legal routes into the UK from the main refugee-producing countries.

There are no safe routes to the UK for a refugee from Afghanistan, Iran, Yemen etc. The only way for them to reach Britain is through irregular crossings.

One of the challenges the British government has been facing is that when they actually have assessed the cases of people crossing the English Channel by boat, they found out that a large majority were genuine refugees in need of international protection. The Rwanda Plan is transferring the responsibility to protect these people four thousand miles away. The Plan is not a solution for a ‘broken asylum system’ as the Home Secretary claims, but is breaking it, undermining the international refugee regime that the UK played such a central role to set up 70 years ago. 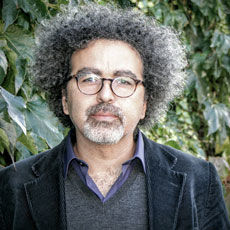