Over £500,000 in funding has been awarded to Dr Kowalczyk to develop hybridised quantum optical sensors which will, for the first time, be used to simultaneously measure the brain’s neural and vascular responses. Interfaced with brain stimulation, this technology will allow us to directly assess and measure connectivity in the brain in a causal manner, specifically when brain ‘networks’ are engaged in different tasks. Dr Kowalczyk’s research forms part of a Partnership Resource Funded project, funded by the Engineering and Physical Sciences Research Council (EPSRC) and awarded by the UK Quantum Technology Hub Sensors and Timing.

The human brain is the most complex organ in the body, with 86 billion neurons transmitting 1000 impulses per second, but we are yet to understand many of the brain’s mysteries, and when something goes wrong due to an injury or disorder, achieving the necessary precise imaging and stimulation to better understand diagnosis and causal effects is incredibly challenging. Another layer of extreme complexity is added when sensing needs to be achieved in a non-invasive manner, through the skull.

In this project, Dr Kowalczyk, who has worked at the University of Birmingham since 2013, aims to combine Near Infrared Spectroscopy (fNIRS) - which measures vascular brain signals - with magnetoencephalography (MEG) based on Optically Pumped Magnetometers (OPM) - novel quantum sensors which allow small magnetic fields to be measured. The project will combine these technologies with Transcranial Magnetic Stimulation (TMS), a non-invasive form of brain stimulation. A simultaneous fNIRS-OPM recording of brain function will provide, for the first time, a measure of all three primary biomarkers of brain health in a subject's natural environment: cerebral metabolism, intrinsic network connectivity and neural oscillations.

This ground-breaking project aims to demonstrate the use of hybridised quantum optical sensors for the detection and monitoring of brain signals for cognitive and neuro-connectivity impairment such as mild Traumatic Brain Injury (TBI). The long-term goal for this research is to develop a system for the whole head, which will bring about outstanding new possibilities in the development of drug-free treatment with brain stimulation.

In this project I will achieve a significant step-change and technological development required in the accessibility, acquisition and diagnostic usage of brain signals for neuroimaging. My sensor will be the first to use the same technology for all measurements without the need for bulky equipment. It will provide two contrast-rich signals: those of neural and vascular response, simultaneously, creating a sensor that will be richer than either alone. 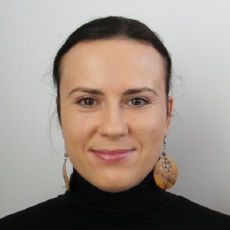