The Birmingham Institute of Forest Research (BIFoR) is delighted to announce Richard J Norby has joined the Institute as Honorary Professor. Professor Norby is an internationally renowned ecosystem ecologist, and brings with him significant expertise in Free-Air Carbon Dioxide Enrichment (FACE) experiments from across the globe. FACE experiments in forests seek to understand the impact of climate and environmental change on the carbon capture. Forest FACE experiments enable a more realistic assessment of the climate change mitigation potential of forests as a nature-based solution. The University of Birmingham’s BIFoR FACE experiment is based in Staffordshire. Scientists have erected research plots in the middle of the forest which are surrounded by steel towers. The plots are fumigated daily in the growing season with carbon dioxide and consequently, the response of the whole ecosystem within the experimental plots to the predicted levels of atmospheric carbon dioxide in the year 2050 can be monitored and evaluated. Using control plots, scientists will be able to predict whether trees will become more efficient at capturing and storing carbon in the face of increased CO2 atmospheric concentrations.

BIFoR is honoured that although Professor Norby recently retired from the US Department of Energy’s Oak Ridge National Laboratory as Head of the Sweetgum FACE experiment in the US he has decided to continue his support to BIFoR FACE and Amazon FACE, the wealth of experience he brings is immeasurable

Professor Norby has a career spanning some 40 years as a global leader in global change biology, having pioneered the Oak Ridge FACE experiment in a sweetgum tree planation and overseen its operation from 1997 to 2010 as principal lead scientist. Professor Norby has published many seminal papers in high impact journal including Science, Nature, New Phytologist, Global Change Biology, and Proceedings of the National Academy of Science covering the response of temperate forests to elevated CO2 and climate change. These outputs provide the pioneering science evidence about the role of young forests in capturing carbon under future climates on which BIFoR is grounded as a case for mature temperate forests. Since the inception of BIFoR-FACE, Professor Norby has been a vocal champion in the global research community, advocate, and collaborator. His decades of practical experience have been particularly important for a young institute like BIFoR, which is ‘learning by doing’ as it goes along. His advice has prevented countless miss-steps. He has visited many times, joined many online meetings from the US, often at unfeasibly early times and trained a diversity of early career researchers in ecosystem ecology research. Professor Norby will also be supporting the development of the Amazon FACE experiment in Brazil. 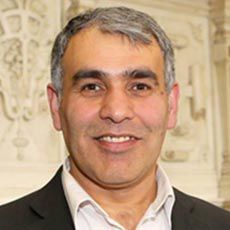