Russia is severing its connection with global supply chains as a direct consequence of the Ukrainian war - prompting the development of 'home-grown' products.

Russian Foreign Minister Sergei Lavrov seems to be developing a new career as a comedian specialising in tragicomedy.

On Thursday 16 June 2022 he proclaimed that Russia “didn’t invade Ukraine”. If this is not an invasion, then one assumes that all Russian forces will eventually leave Ukrainian territory. However, Lavrov did admit that “Russia is not squeaky clean. Russia is what it is. And we are not ashamed of showing who we are”.

President Vladimir Putin’s educational background includes a degree in law and then training in counterintelligence with the KGB. This provides an ideal background for a career in the security services but perhaps does not provide the breadth of understanding required to govern a country.

What Russia has shown, however, is great incompetence and this includes the failure to separate territorial gains from developing and enhancing the country’s role in global supply chains and political networks.

President Vladimir Putin’s educational background includes a degree in law and then training in counterintelligence with the KGB. This provides an ideal background for a career in the security services but perhaps does not provide the breadth of understanding required to govern a country.

Putin’s focus has been on geopolitics, national security, a concern with Russia as the motherland, and a fondness for the Soviet era. Too much political capital, and national investment, has been given to trying to modernise Russia’s military with a focus on developing special weapons and on enhancing the Russian economy’s dependence on natural resources, particularly oil and gas.

Russia tries to position itself as a hi-tech economy based around high profile initiatives in space exploration and military technology. An excellent example is the emphasis Putin has placed on Russian advances in hypersonic missiles and nuclear weapons. Nevertheless, Russia has major weaknesses in its research and development national ecosystem which means that its manufacturing sector relies on the inventiveness of other nations. The World Intellectual Property Organisation publishes a Global Innovation Index based on an assessment of national innovation inputs and outputs. In 2021, Russia was ranked in 45th place after Vietnam and Thailand, with the United States being third and the UK fourth in the ranking. Russia’s ranking highlights that Russia is a low-tech nation.

Russia’s position in the Global Innovation Index is partly explained by the country’s failure to invest in research and development (R&D). In 2019, the US spent 3.1% of the country’s gross domestic product (GDP) on R&D whilst Russia spent 1%. This can be calculated based on R&D expenditure per capita and for the US this was $1,866 compared to Russia’s expenditure of $263. It is estimated that Russia is spending $900 million a day on the Ukraine war. Russia, calculates the return on this investment in terms of territory but much greater economic and political returns would come from investing in R&D.

In January 1990, McDonald’s opened its first restaurant in Moscow. This was a key moment in the opening up of the Soviet Union’s economy as the Cold War concluded. In May 2022, McDonald’s announced that it would pull out of Russia over the Ukrainian war. Its restaurants were sold and rebranded as ‘Tasty and that’s it’. ‘That’s it’ for Russia in terms of participation in global supply chains and knowledge and innovation networks is an excellent way of describing the severing of Russia from global supply chains as a direct consequence of the Ukrainian war.

The departure of McDonald’s from Russia is a high-profile example of Russia’s increasing isolation from global networks. Nevertheless, throughout the Russia economy there are major problems with repairing equipment and in accessing the latest R&D innovations. Thus, the supply of car parts began to run out in Russia in April 2022 as manufacturers in the US, Europe and Australia stopping shipping parts to Russia with the commencement of military operations in Ukraine.

Russia is experiencing major problems in trying to develop alternative solutions to accessing components and this includes those required to maintain aircraft and to manufacture and repair military equipment. There will also be major problems in maintaining and enhancing nationally critical infrastructure systems.

Russia’s much anticipated new sanction-proof Lada car, for example, is an excellent indication of the weakness of Russia’s R&D and manufacturing ecosystems. The Lada Granta Classic 2022 is built from parts made in Russia and by the country’s allies. This is a ‘classic’ Soviet era style car as it comes without airbags, an anti-lock braking system, emission restriction technologies, satellite navigation system or modern seat belt pretensioners. The car only meets European pollution standards from the 1990s. This is a car that can only be sold in Russia and reflects Russia’s future as a country isolated from global supply chains and innovation networks.

Russia may acquire some Ukrainian territory, but at what cost to the Russian people? There are humanitarian and climate change costs that will be experienced across the planet. For the Russian people there will be a return to Soviet era living as Russia has to depend increasingly on its own limited and weak manufacturing and innovation ecosystems. 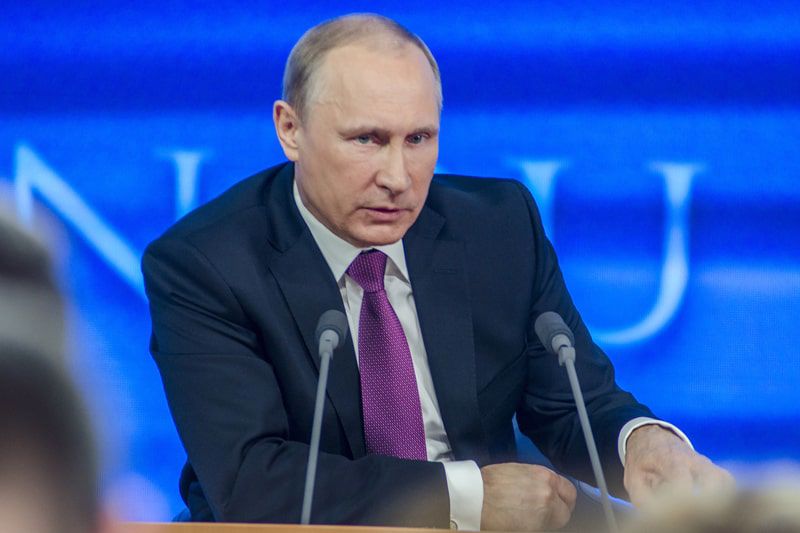