Indeed, the German Chancellor Scholz was at pains to stress to President Putin that Ukrainian membership of NATO was unlikely to happen in both their lifetimes. Nor does the Russian claim that NATO threatens Russian security hold any water. The expansion of NATO since the end of the Cold War has had three effects that actually weakened the Atlantic alliance as a competitor to Russia. Firstly, it has admitted members whose armed forces are so small and weak that they constitute a negative contribution to the alliance. Secondly, many of these places have few deployed military forces and would be difficult to defend if attacked, and thirdly, the expansion of the zone of peace on the continent has resulted in most European states reducing defence expenditure and banking a “peace dividend”. The UK, for example, despite having one of the higher contributions to defence spending in Europe now has an army of 72,000 soldiers compared to 350,000 in 1990.

So why is the Russian leadership crying foul and demanding assurance from the US and NATO that the alliance will never admit new members? Given the fractured nature of American politics and the way in which Washington has reversed its international commitments on Climate change, the Iran Nuclear Deal and other international commitments in recent years why would Moscow put such store in a new treaty? The answer may lie in Putin’s calculation not that Russia is weak and threatened, but rather now is the moment to re-order the established security architecture of Europe.

The election of President Biden on a platform to end America’s foreign wars, the ignominious US and NATO withdrawal in defeat from Afghanistan and the inward focus and fractured nature of American politics may be one part of this calculation. Biden may be seen as weak from the Russian perspective and his clear statements that the US will not fight for the independence of Ukraine may be reassuring to Russia that it has a free hand militarily if it chooses to attack. The western response has been weighed and the cost may have been calculated to be acceptable.

Another part of the Russian calculus may be the impact of the global energy crisis following the Covid pandemic. Energy supplies are tight, prices are high and the EU, including Germany, are dependent on Russia for 40% of their gas supplies.

Although sanctions against Russian gas might follow, gas and oil are fungible commodities, and demand is such that Moscow would find willing customers for its energy supplies somewhere, with China being the obvious recipient.

Chinese support for Moscow is another important part of the current Russian geopolitical stance. In 1980 the Soviet Union was persuaded against invading Poland with the threat that the US would supply American weapons to communist China. By contrast, in 2022 Beijing has condemned NATO expansion and given Moscow the green light to move troops from its frontiers in order to threaten Ukraine. China’s actions also demonstrate its calculations. It would rather have US military forces tied up in Europe than see them freed up and redeployed to the Asian Pacific theatre. With Russia a resurgent security force European states would also be less inclined to project force to the Indo-Pacific. China’s support for notions of the historical “Greater Russia” is also intimately tied to its view of Taiwan and China’s claim to its entitlement to a regional sphere of influence. For China and the US, whatever is said and done in this crisis has implications for the future independence of Taiwan.

Although the world’s attention is understandably focused on both the Ukrainian borders with Russia and Belarus, and the occupied Donbas region of that country, it’s also important to see this for what it is, and that is a much more significant moment than the current Ukrainian crisis. Kyiv is not the only focus of Moscow’s demands. Not only has Russia insisted that NATO renounce entirely any further expansion of its membership it has also demanded the effective demilitarisation of Eastern European states that were previously part of its Cold War empire. In threatening the use of force in order that its demands be met Moscow is also tearing up its commitment to the Cold War Helsinki Agreement of 1975 which established that sovereign borders would not be altered through the threat or use of force; the Paris Agreement on the peaceful basis of the post-cold war settlement; and the 1994 Budapest Memorandum by which Ukraine gave up its nuclear weapons in exchange for security guarantees from it neighbours.

That Russia feels free to make these demands has also been informed by its recent experiences. Its annexation of Crimea in 2014 has been neither reversed nor effectively challenged. Its support for Assad’s Syria turned round the rout of that murderous regime and established that country as a Russian client state. The activities of the Russian Wagner group in Africa has also resulted in strategic gains for Moscow in Mali and the Sahel at the expense of the French and European presence. From the Russian perspective, it may well be that its own recent successes, together with the rise of China and the decline of the west, have presented not only an opportunity to reorder the prevailing European Security architecture. What this inflection point might signal instead is something much wider. Russia’s actions may well reflect its view that the old-world order is up for challenge and that Moscow needs to consolidate its own sphere of influence in Eurasia lest it be forever the junior partner in a Chinese dominated world. In these circumstance Russia’s aggression against Ukraine takes on greater significance as does the nature of the west’s response. Whatever Moscow does next the west needs to respond as if the future of the liberal world order depends upon it. Only such a response will stall or halt the power shift in international politics that this crisis represents. 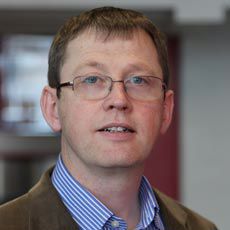