Russia may gain territory in Ukraine but it will come at a cost of its role and position in the world.

The USSR liked to consider itself to be a superpower and Putin wants Russia to reclaim this status. However, he has failed in this ambition…every square metre of Ukrainian territory that Russia captures contributes to the country’s failure in global networks.

The Kremlin’s goal for its special military operation in Ukraine are unclear. The initial invasion was justified by Putin’s belief that the Russians and the Ukrainians were one and the same people. After the collapse of the USSR, Russian nation-building switched to a focus on forming a single Russian nation constructed around Russian language and culture. Thus, Ukrainians who speak Russian must become part of a single Russian nation. There are many parallels here with the German concept of lebensraum that was an ideological principal of Nazism. This concept also included a concern with ensuring all ethnic Germans were under the control of the Reich. Putin’s initial Ukrainian strategy had its roots in Nazism.

The current rhetoric from Moscow is that the special military operation will continue until all objectives have been achieved regardless of Western aid and the sanctions against Russia. It is worth considering the meaning of success and Russia’s military operation. One difficulty is that the objectives of Putin’s war are fluid. The war commenced with Putin justifying his illegal invasion on the grounds that he wanted to de-militarise and de-nazify pro-Western Ukraine. The Kremlin’s objective has shifted to the acquisition of territory, and this could be defined as the Donbas region.

A concern with capturing territory represents a very nineteenth century approach to geopolitics. It is important to reflect on the importance of both territory and hierarchy. Hierarchy has become much more important than territory as a country’s status is defined by the role it plays in global flows of people, knowledge, expertise, money, high-tech components, and raw materials. Putin’s illegal war has successfully severed Russia from these flows. One consequence is that Russia will never regain its former position within the hierarchy of global networks. Being a superpower in 2022 is no longer about military capability, or territory, but is all about being able to influence global economic, financial and knowledge flows.

It is important to reflect on what Russia has achieved thus far. These include what can only be defined as Russian own goals:

When I think about Russia, I reflect on ballet, classical music, literature, Peter the Great, Catherine the Great and the rise and fall of the USSR. I also think about a country that does not protect its citizens and has a long history of committing crimes against humanity and climate crimes. Russia should now be associated with filtration camps in which refugees are strip-searched and threatened, as well as the shooting and bombing of civilians and civilian infrastructure, including hospitals and schools.

The USSR liked to consider itself to be a superpower and Putin wants Russia to reclaim this status. However, he has failed in this ambition. Russia is now an isolated state. Unfortunately for Putin, it is now impossible for Russia to re-establish and enhance its role in global flows. The only way Putin can claim success for his Ukrainian war is through the acquisition of territory. Nevertheless, every square metre of Ukrainian territory that Russia captures contributes to the country’s failure in global networks. 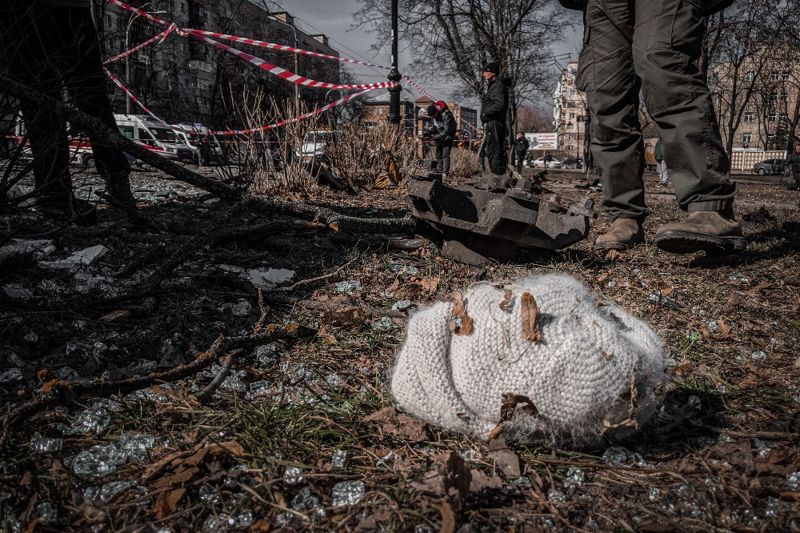 Russia’s War in Ukraine: Its Impact on Trauma

Trauma is a huge effect of war not only on physical health, which is more easily visible, but also the mental health consequence, which may remain hidden.