Patients who receive radiotherapy for a type of brain tumour are less likely to develop further growths in the brain than previously thought, new research reveals.

A study published in The Lancet Diabetes and Endocrinology looked at the risk of second brain tumour following various types of radiotherapy offered for noncancerous growths around the pituitary gland in the brain. The risk in these patients was found around two times higher compared to that of non-irradiated patients.

In the largest study of non-selected patients to date, data from 3,679 patients across six Pituitary Centres were assessed, and the findings confirmed a much more conservative magnitude of this risk than previous estimates, which in one paper was reported to be 16 times higher.

The study is also the largest to date to compare treatment and non-treatment groups who had similar monitoring with regular scans, rather than comparisons between treatment groups and the general population.

Our study should give more confidence that although there is an increased risk following radiotherapy, that risk is small and less than previously thought.

“Patients and clinicians may have rightly been concerned about the future risk of developing second brain tumours when considering the treatment options.

"Our study should give more confidence that although there is an increased risk following radiotherapy, that risk is small and less than previously thought. Our results have direct implications in clinical practice and guide clinicians when counselling the patients on the risks and benefits of radiotherapy.”

The team chose to follow data from pituitary adenomas and craniopharyngiomas, two more common types of noncancerous tumours which develop in the base of the brain. The two types of tumour account for nearly 16% of all brain tumours, and using data from six Pituitary Centres provided the team with the largest data set to look at second tumours following radiotherapy to date.

The study was funded by an Investigator-initiated Research Grant from Pfizer Ltd, who had no role in any part of the study. 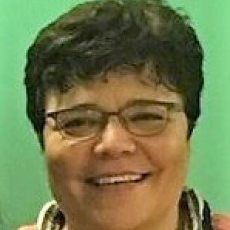