Spaghetti Junction at 50: what does it mean to you?

As Spaghetti Junction turns 50 it remains an important symbol of Birmingham’s journey through the last half-century.

The Gravelly Hill interchange at Junction 6 of the M6 – better known as Spaghetti Junction – is 50 this week. Fourteen years in planning and construction, its opening on 24 May 1972 took place with fanfare and expectation, Environment Secretary Peter Walker calling it 'the most exciting day in the history of the road system in this country’. At the time Spaghetti Junction was the most complex road intersection in the world, and subsequent copies in other countries adopted the nickname given to it by the Birmingham Mail when the plans were published.

The intersection was emblematic of rebuilt Birmingham’s claim to represent the future, and quickly featured in that role in popular culture: in the 1973 movie Take Me High, Cliff Richard piloted a hovercraft along the canal under Spaghetti Junction; in the 1980s it gave its nickname to the twisting lights on the scoreboard of the TV talent show New Faces, and from its opening, coach companies offered sightseeing tours of the junction for 65p. Unsurprisingly, Italian restaurants from Birmingham to Essex, Derry and Malta have borrowed the name too.

By the early Twenty-first Century, however – and like much of Birmingham’s redevelopment at the time – its brutalist appearance and the complexity of its composition had become the source of amusement rather than approval. The Saturday night Lottery-based game show Winning Lines offered a night in a B&B under Spaghetti Junction as its booby prize. As Stirling Prize-winning architect Will Alsop remarked of the city centre to which the Junction was the gateway: ‘Birmingham was the future – in a sense it has been the future.’

Comedian Ken Dodd said it was the eighth wonder of the world because ‘once you’re in you wonder how you’ll get out’.

In three ways, however, Spaghetti Junction remains an important symbol of Birmingham’s journey through the last half-century:

First, it celebrated what at the time was still the dominating conviction of the City’s civic planners, that ‘the car is king’. As Spaghetti Junction was planned, the motor industry gave one in six of Brummies work – over 30,000 at Longbridge alone. The ‘concrete collar’ of the ring road had given priority to motorists’ access to work and shopping in the city. There was even talk of a Grand Prix race around the interchange. Now, of course, the first sign seen by those entering the city is notice of the congestion charge, and Low Traffic Neighbourhoods discourage travel by car.

The second characteristic of the city encased in the concrete of Spaghetti Junction is engineering. It was fitting that this pioneering building project was undertaken in the city and region driven forward by the industrial revolution – and historic Birmingham firms such as Tangye (keen supporters of the University, too) were responsible for parts of the construction. The city of Boulton and Watt had led the way in a transport experiment later followed in Germany, the USA, Australia and Indonesia.

Lastly, Spaghetti Junction reminds us of Birmingham’s links to the outside world. When it was opened, civic tributes from Lancaster were presented to Birmingham’s leaders to celebrate the new ease of travel up the M6, in a gesture reflecting our city’s reliance upon travel for trade, migration and pleasure. From the canals to the railways before 1972, to air travel later and HS2 in the future, Birmingham’s economy is built on national and global communication, whether in manufacturing or services.

The fact that the Gravelly Hill intersection got its name even before it was opened tells us that it was always exposed to the gentle satire of the city’s own people as well as those outside. Comedian Ken Dodd said it was the eighth wonder of the world because ‘once you’re in you wonder how you’ll get out’. But Spaghetti Junction still inspires affection – Heinz produced a limited edition of 200 tins of the pastas to mark this anniversary – and it carries more traffic than ever. How many of today’s transport capital projects will be able to tell us about their cities’ character in another half-century? 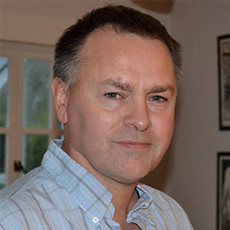 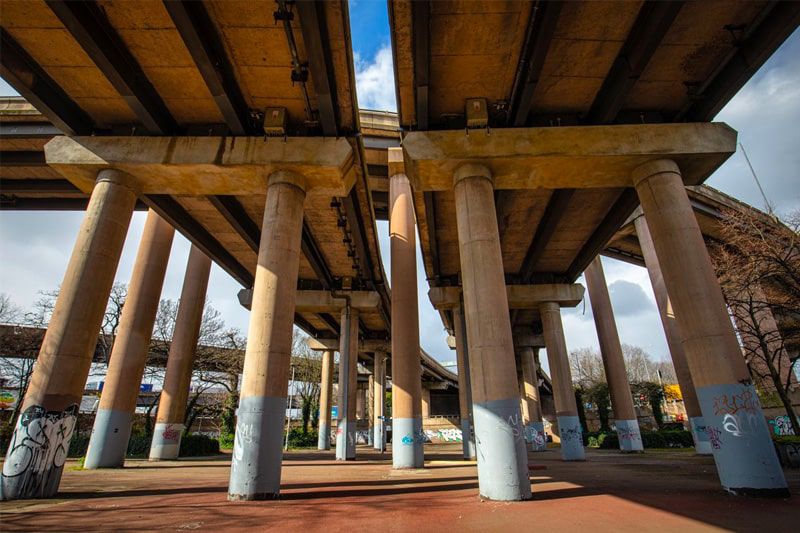 As the iconic route into Birmingham turns 50, Professor Damien Walmsley captures with his lens what’s underneath.